Hugo said yes, so here it is…

Re-post what I said in the Pointless thread

As a person who commutes by bike (London - Brussels), I have never faced the sort of challenges Malta has thrown at me. I’ve had some free time recently so I decided to film and commentate my rides highlighting the reality of cycling on this island. I know a lot of people think Malta is a great sunny island and several of them think it would be so cool to ride their bikes here but unfortunately I would striongly advise that they think twice before planning a road trip here.

Anyway, here’s one of the videos I filmed earlier today focusing on the potholes and piss-poor attempts to repair them (if repaired!). Obviously the videos are fairly long so I added timestamps and other info in the description.

Terry Berentsen posts some awesome videos chasing couriers around town amongst other shenanigans.
Two of my favourite videos of his are the following.

Does mountain biking count? My other hobby… Well, one of them.

All cycling welcome although I think road cycling is the favoured discipline among most of the forumers.

Did anyone watch Paris Roubaix? Was good as always.

I ride on the road as well, but mainly to get around… Mud and rocks for fun

I cycle everywhere on a 3-speed, I don’t drive. That journey usually takes 40 minutes - going by train and bus/tram would usually take over an hour, so forget about that. Any of the rare days I don’t ride the 13-14km into work, I’m slow and stagnant in my head all day.

There’s a strava group for the forum if anyone wants to join.

This is mine if anyone wants to give Kudos

Put a large pizza tray front rack on my bike and I’m now no longer arriving drenched in sweat as it takes my backpack no probs, and, it’s a perfect fit for a board with a skate bag. LIVING THE DREAM.

Finally sorted myself out and bought a bike with a comma in the price. Absolutely loving it. 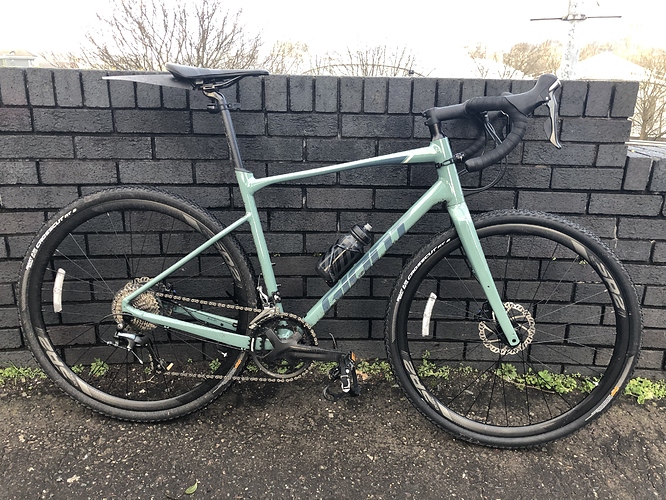 Nice.
Looking to get a new bike myself.
Is that a gravel bike?
I’m used to have a tour bike which was heavy but could handle pretty much everything and carry a lot.
Now I’m tempted to try something lighter seeing as I don’t plan to have a child on the back but that can also hit all terrain (roads, cobbles, dirt).

Actually got out on my (mountain) bike yesterday. Fat and slow, but cleared a couple of easy jumps so I’m happy.

I’m in the market for a new bike…or two.

I’d been fixed/SS for about fifteen years and bought a ‘cyclocross’ a couple of years ago for £400 but it had a triple chain set and was a heavy piece of uncomfortable shit. I went and asked for a better cross bike but yeah, apparently it’s a gravel bike which is where that’s going now. Only heard of gravel bikes through you guys too, but it’s lovely. It behaves like a road bike on the flat and how I remember a mountain bike was on not-flat. Turns out it doesn’t have inner tubes; it’s got self-sealing tyres instead. Recommended AA+ etc.

Mountain bikes look ridiculous now, so fuck those things unless you’re pro or something.

That looks sick Build. I’ve got a similar one being made- it was meant to be ready a month ago delay with the frame or something.

The other one I wanted wasn’t going to be here until May at the earliest because so much shipping is held up in China because of coronavirus right now.

Not sure what the excuse is in Italy

Nah. I’ve got a gravel bike, it’s ace but I’ve ridden it on ‘proper’ off road trails and a nicely sorted MTB is a lot better.

Gravelly farm tracks and easy singletrack? Gravel bike all the way. Rocks, roots and jumps? All about the mountain bike.

Very nice. One day I’m hoping to get something like this. Hopefully before my knees give out from running!!