Maybe the donations are to pay for him to get there?

I hope Yuto wins, or indeed anyone apart from Nigel.

fair point fair point. you’d think the pinnacle of international sporting events would bother to hire cameramen who could film/photograph the sports properly

i think the first winter olympics that had snowboarding had similar issues (was that the last one? i forget). they had half pipe snowboarding and they kept cutting off bits of tricks because they weren’t raising the camera enough

Tony Hawk’s stoke on being in Tokyo for Olympic skateboarding is making me really happy. he’s had a part to play in us getting there and whether you like it or not it’s still kinda cool. he’s an excited child in a 53 year old man’s body. love it

Yeh Atiba is out there. Tony Hawk shared it on his stories

Any other sickos staying up for this?

The surfing is on now and the waves are terrible. My slightly larger than optimal frame wouldn’t even be able to get into one.

Just saw some interview on breakfast telly from a kayaker or something that won a gold medal in a previous Olympics and they asked him what he was most excited about and he reckons that if surfing and skateboarding, which are his two first loves, were in the olympics 15 years ago there’s no way he would have joined any other sports projects (alluded to funding and time off school as being the reason for choosing what he did

At last something is on my time! Trying to watch football is hell from out here.
Delaying in getting the 3 year old up for breakfast as long as possible.

can’t see the surfing, is it red button?

Not sure - sadly it’s on murdochplayer in aus but assume it would be online if not on iPlayer?
It’s crap though.

Thanks, think I might have found it online, resuming shortly I think. Seen some pics and the waves don’t look great yh. Looking forward to seeing John John Florence.

Wife snoring, couldn’t teally sleep, cat climbed in bed and little one woke up wanting to pee. So yes, I’m up at 1:15am…

Yeah not seeing the surfing here. Team Yuto. Would be so great if he won it

In France and got a sneaky feeling they might only cut to the skating when Vincent Milou and Aurelien Giraud are up. National favouritism for the broadcasters. 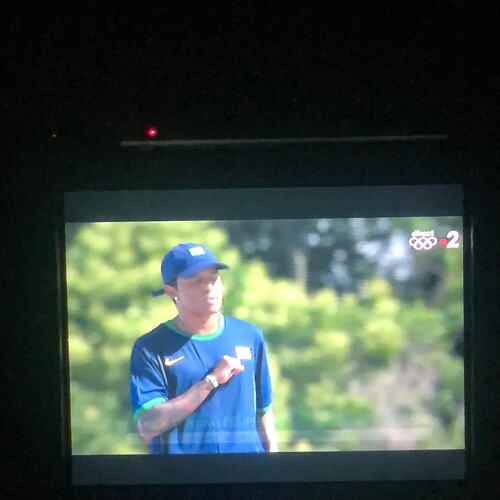 The filming is dreadful! Vincent’s run was unwatchable because of it

Yeah talk about over egging the filming