What would Mark Kermode make of Jim Greco? 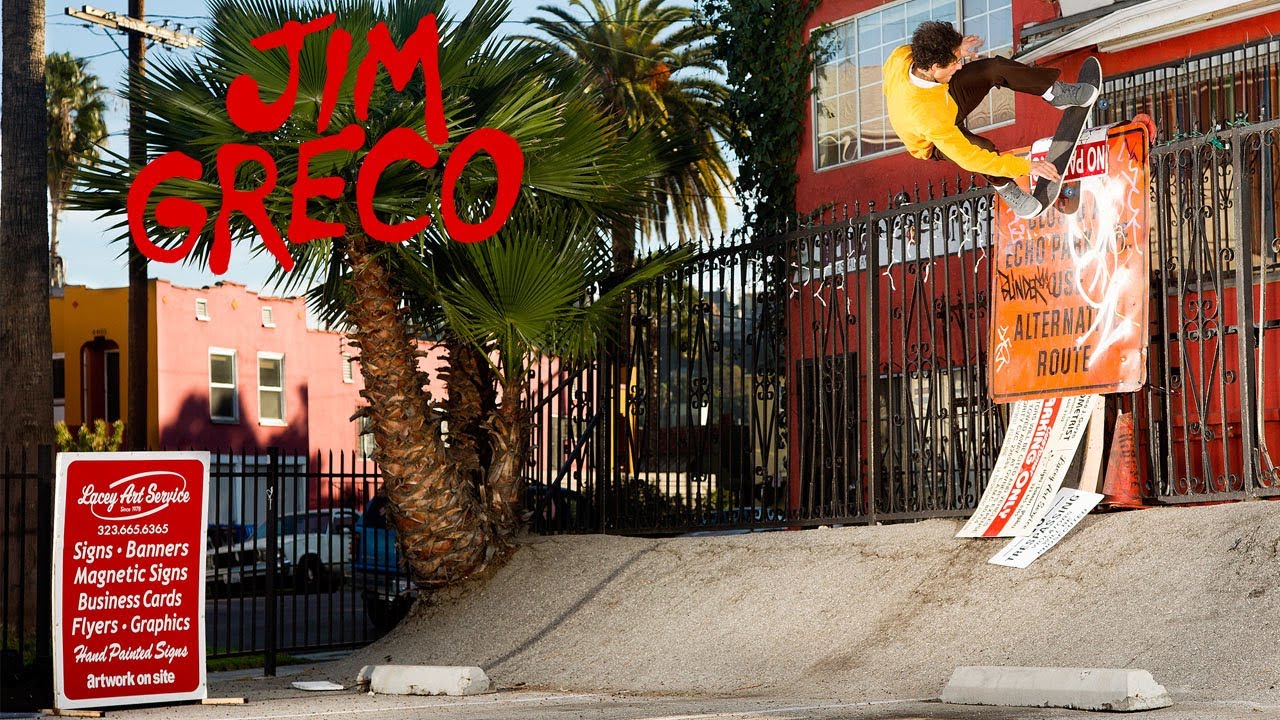 I think Greco has finally come around to accepting who he is and I quite like it. His skills are arguably better than they have ever been. Even a stickler for detail would applaud the remarkable demonstration of “mob” on his backside flip down the stairs.

I didn’t get any Ethan Fowler vibes but I think I recognised the benches from old Mark Gonzales footage. That spot doesn’t look like the sort of place parents would want their kids hanging around.

Disappointed there was no lonely meal in this on

Which one is it where eats pork chops and talks about how hard it is to do the same thing, day in day out?

Couldn’t make it through that Glass Carousel tonight - I’ll give it another go tomorrow.
Pissed me off how slow it was although it did make me glad I never took the opportunity to chase industry bro status in LA. What a shithole.

My first Jim Greco part. I used to rinse this VHS.

Remember when he was trying to sell his trousers online?

Trigger warning - the thread above devolves into a discussion about the size of Christina Ricci’s breasts throughout the ages.

I enjoyed the filmed in a day vibe and how he worked his way through the spot, I’ve always wanted to skate those qtrs not sure I’d want to now, I knew LA was a horror show but fuck that. 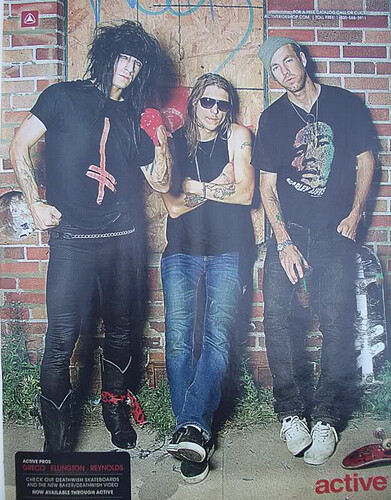 Theres a video of that Vans demo at Playstation. I think Nicholson uploaded it. DEATHRIDERVIDS or something…
Its almost unedited. Greco lurking and falling off trying to throw down, etc.
It was fucking grim.

What era was neck tat Greco?

That honestly must have been so gnarly to get those removed

There he is. I watched that video recently.

I still remember him trying to do backside nollie flips over the driveway with not a hope in hell of him clearing it. Or even landing it, really.

He also tries to throw down and misses. We’ve all done it, but being that guy at the demo…it doesn’t help your cause.

Not sure which bits of the above are in the video but I still remember them clearly.

It was sad, really. I’m so glad he came through with it. Would have sucked if that was the end of him…

Re: the question posed in the thread title…

“Now what we’ve got here is the new independent short film from Jim Greco, somewhat completing a trilogy in self-expression based standalone parts. You know, this goes back to 2016’s ‘The Way Out’, followed up by ‘Jobs? Never!’ and now we’ve got 11 minutes of old Jimmy boy skating - mostly - a bunch of a street transitions.

“Stylistically it’s very much in the vein of the previously mentioned work and it’s interesting where this lands regarding the awards season landscape. Obviously what with one thing and another, there’s no physical premieres this year but - beyond the decision to release on home streaming services - it does feel like there’s some underlying intent behind Greco’s decision to also release this both unbranded and WAY past Thrasher’s ‘SOTY’ season. Narrowly missing out on any possibly inclusion in the Quartersnacks readers survey too.

“Sartorially, as expected, it owes a great debt to The Sopranos, GoodFellas, et al. Incidentally, those general outfit changes synonymous with Greco’s oeuvre feel all the more relevant, with Elijah’s Berle’s recent screen time flagging up that age old argument about skaters who have been something of chameleons over the years.

“I liked it. But here’s the thing… [Insert amble discussing the merits and problems topped off with an anecdote about The Exorcist and William Friedkin.]”

Simon Mayo: “And that’s ‘Glass Carousel’ by James Clement Greco and… Where can we find that Mark?”

“You can find it on all streaming services, possibly the Thrasher homepage, and more than likely being argued about on the Slap forum.”

Simon Mayo: “And now, for our TV movie of the week!”

All that’s missing is a quip about it not being as scary as The Exorcist.

Fuck some of that Rowley footage is amazing