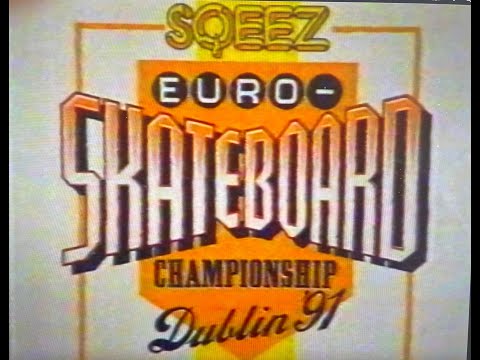 This deserves a thread for time capsule purposes.
Those who are my age will remember reading about this comp in R.a.D no doubt.
I had no idea that this footage existed until today.

From the YT description: “Courtesy of Stephen Brown from the British Skateboard Museum - a VHS of the Squeeze European Skateboard Championships 1991 (Point Dept, Dublin, Ireland)” 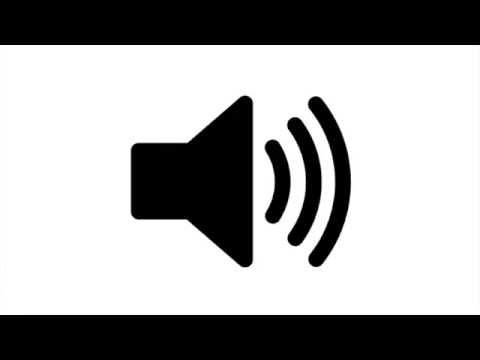 This must be the best TV coverage of a comp ever.

Mike Manzoori representing Denmark?!! I am about to kick my TV screen in.

Also, why have I never heard of Stephanie Parsons before? She’s sick.

The mongo pushing is epic

Also the crowd more hyped than at an SLS comp

Mike Manzoori representing Denmark?!! I am about to kick my TV screen in.

Don’t be too quick to judge.
Manzoori has a Danish passport.

Stephanie Pearson - she was on the cover (kind of) of a Skane era Skateboard! mag and had an interview in there.
I think Jeremy Fox gave her boards.

Been watching the savannah slamms series and was shocked by gonz boardsliding up the handrail out of a kicker.

It’s really important to watch these sort of videos because you inderstand why certain names will always be held in high regard. Also the boards and ramps are pretty gnarly when you think about the tricks being done.

That was great, cheers for posting. How sick was Rocker’s vert run?!

Gonz’s switch method did not compute at the time either. Should have won - best fit too (Natas was wearing a matching UCLA get up as well but I’m not sure he made the video, possibly due to a messed up ankle?

This is from memory and it was a long time ago).

This is so good. Bit of Neil Danns in there too, poor bloke put up with me hanging around his shop for what was probably hours on end, but was always a nice fella haha

My first board was a Pacer Neil Danns complete…

This must be the best TV coverage of a comp ever.

Stoked to see this again, I was at it on the Sunday and it was amazing, or at least 14 year old me thought so. anyway. Other than renting Thrashin’ from the local Xtravision, It was the only skate video I had for about 2 months and I knew it off by heart.
As far as I remember, it was an RTE production and Ulster TV showed it a week or two later - the commentator, George Hamilton, was RTE’s go-to guy for pretty much everything from the Olympics to F1 to football and notorious for being a real life inspiration for Sports Desk with Alan Partridge.

Stephanie Pearson - she was on the cover (kind of) of a Skane era Skateboard! mag and had an interview in there.
I think Jeremy Fox gave her boards.

They mentioned Stephanie on the latest episode of the Mostly Skateboarding podcast which led me to this very rad interview: 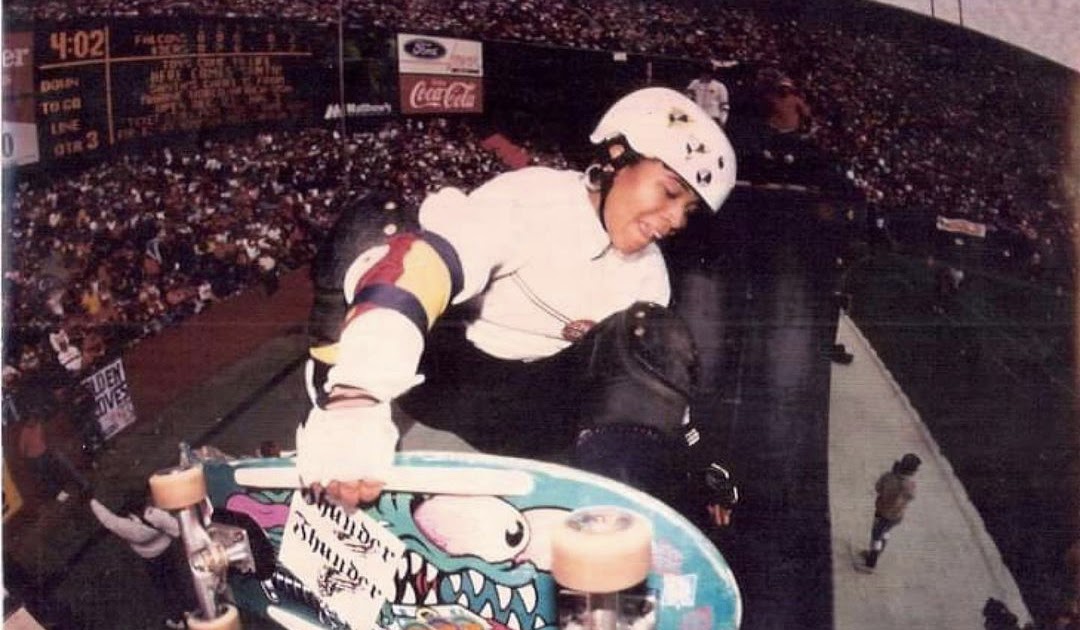 '80s Skateboarder, Stephanie Person - What You Didn't Read in Thrasher!

Cool she is getting to tell her story.

nice one.
i stand corrected re the spelling although i am 100% certain it was written ‘pearson’ everywhere in the 80s.