I’m making a thread for this and for Kader.
Forum needs more threads in my opinion.
If I’m wrong, fuck me. 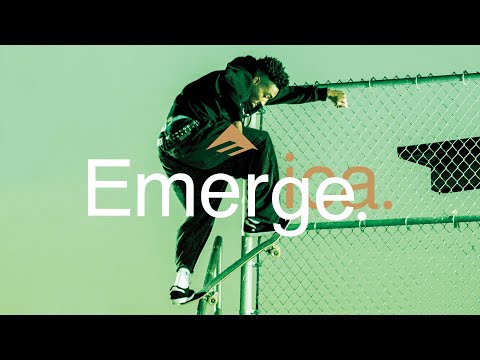 I’ve already hyped up Braden in the footage thread, but I thought his skateboarding in this was really, really good.

And I wasn’t even that keen on him when I first saw his footage!

Post Reynolds Emerica is really starting to grow on me, maybe him going was a good thing for the company?

Anyway, those three killed it.

Music so shit will watch on mute later, I can’t concentrate when the tune is like that.

Need to rewatch this. Braden has a lot to take in…

Can’t say I’m massively backing this to be honest. I think the green and everything just doesn’t really do it for me, and the tune is shite.

Flip nose blunt and some of the other last guys clips were insane.

Why does it feel like we’ll forget he existed in a few months though?

Because that’s skateboarding in 2022 and I feel if you aren’t on Vans, NB, Nike or Adidas no one really gives a shit.

I feel if you aren’t on Vans, NB, Nike or Adidas no one really gives a shit.

Some of the skating in this is insane. Bs lip on that tall short rail that Ishod skated once is max. Such a scary trick for a spot like that.

However, it might be time Emerica move on from the instrumental style music imo. You always know what to expect.

Because this is skateboarding in 2022 and I feel if you aren’t on Vans, NB, Nike or Adidas no one really gives a shit.

Yeah started but put kader back on.
Not feeling the music either.

I know it’s an AM video but I don’t have time to watch 10min clips of people I would forget about. Even by not keeping up to the second with skateboarding anymore it kinda helps wheedle out the shit I really won’t care about after watching it.

I either dig it or not these days. Before I would watch everything.

And sponsored by Stockx.

However, it might be time Emerica move on from the instrumental style music imo

I agree. I thought the explosions in the sky era really worked, and gave it a recognisable identity - but it sort of feels like they spent all their music budget back then and now have to resort to bargain basement post rock or Figgy’s mates stoner rock band.

Music aside, Emerica have been putting out good stuff over the past 12 months