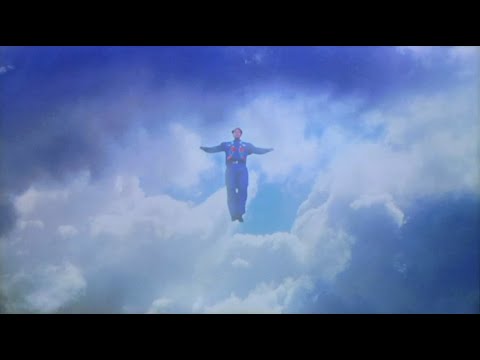 Enjoyed this one even if the effect/filter was extremely off putting and took a few mins for my eyes to adjust properly. Music was dope, flow was nice and it felt like a good length.

Kid in swooshes after him though is fucking mental. Never heard of or seen him before I don’t think. Incredible.

Caleb. Still don’t get it. A couple of his clips were decent but it feels like he’s a level below the rest.

Nik Stain is so sick. He can do what are commonly known as more simple tricks and made them look like nobody else can.

Diego dude kills it. Anyone who does a glasses check mid line deserves enders.

Just watched this over breakfast.
Two thumbs up from me.
For a skater with rose tinted glasses from the 90s, this felt like a really good representation for today’s standards. Now I get the hype behind Hockey.

Stoked to see two OIAM prospects mature into solid careers and team. With his size and build, John looks like this generation’s BA. Not sure he needed to ride into that sludge though.
Nik’s bs tailslide was dreamy.

Not a camera/editing expert but I like whatever effect/camera setting they used in Joseph’s part.

Also, when Donovan’s part started I was getting Memory Screen vibes from the music. Then there was the shot of the pigeon which makes me feel Alien videos inspired this latest offering from Hockey.

Would re-watch at least twice.

Big FA and Hockey fan and that didn’t disappoint.

Interesting to see they used titles for everyone’s parts. I feel like that’s (thankfully) making its way back into videos. Also thought it worked really well with the Hockey artwork throughout.

Very stoked to see a full part from John Fitzegerald. He had a part in the initial Hockey promo but that was all raw footage. I feel like this one is the follow up to his Life Splicing (Life Splicing No. 006: John Fitzgerald - YouTube) I’ve been waiting for.

Andrew Allen is just the best. Love him. I wanted to see footage of him for another ten years and don’t doubt he’s not capable of it.

Stoked to see Joe Campos (kid @sk8arrog8 mentioned) properly on and that was a great intro to Hockey part. His opening part in Michael Nicholas’ ‘Untitled’ is really good is anyone hasn’t see it/wants to see more: 'Untitled' by Michael Nicholas - YouTube

Caleb had a few good bits – switch crook on that rail was lovely – but feel he’s not topped his Hockey 3 part yet which was a banger.

Nik Stain might be one of the best “less is more” skaters there is. This part and his section in John’s Vid not too long ago really are so solid.

Donovon’s footage was good. Really liked the stuff over the bin. There was a moment where I did think “Does this all need to be slow-mo? He’s sick but it’s not Heath in Sight Unseen?” That said, Benny Maglinao’s editing is always spot on.

Diego, fucking hell that was gnarly. Deffo need to take it in again. I believe most of that stuff is around Ventura where he (and Benny) are from and I recently heard they’re mostly all spots he’s been wanting to tick off in a video part for a long time. Definitely shows.

Having to watch part by part due to non-skate life getting in the way.

AA short but ace, love what he does and just finished Nik Stains part and I just want to fuck work and the kids off and go skate. Loved the opening line and that back tail.

Will watch in one sitting tonight I reckon and take in JF and DP parts, but it’s definitely put me in the mood to go skate.

My bad. Hockey was his idea though, right?

Stain is one of the best. The rest was a bit weird.

That Diego guy seems more like he should ride for Death skateboards than Hockey.

Watched this four times now. Two of those viewings I intended to just watch one part and did the whole thing.

(I have a similar thing with both Quasi videos.)

That Big John opener is one of my favourite parts of the year. AA is just as wonderful with each viewing. Very excited for more from Joe Campos – does a lot of stuff that’s kinda of on trend (drop in rails etc) but gives it a lot of flavour or makes it really, really gnarly. Diego rips and his spot selection is both so refreshing and completely fucked.

Watched the Gifted Hater review of the vid today. His remark about Donovon pairing a “greaser fit” with Dunks and Nike socks cracked me up.

Watched the Gifted Hater review of the vid today. His remark about Donovon pairing a “greaser fit” with Dunks and Nike socks cracked me up.

Also think he’s totally right about a few of the sections in this being well lacklustre. Some of those Nick Stain lines are kind of nothing.

Finally got around to watching this, the guy called Joe was sick. Lots of skating, not too much edgelord shit, enjoyed it.