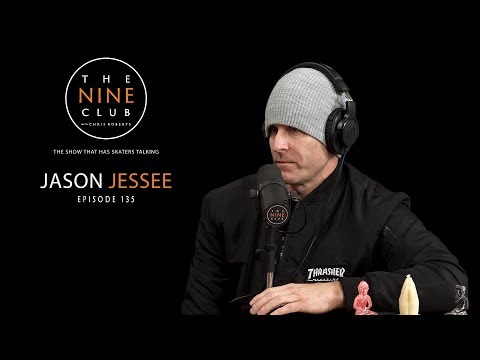 My brain is shrinking listening to this shit.

Interesting comment on this, still got to watch this episode…

Somebody brought up Jay Adams on another of these, “Actually he’s fine and you’re all wrong” posts, and the top reply was “Everybody thinks Jay Adams was a Nazi and a junkie, moron”, or something. I don’t know why people think there’s some massive cultish Jay Adams following, people know what a bad dude he was. Like Jason, a great skateboarder but a questionable human. And people do know that.

Are we agreed that he clearly wasn’t popping mints halfway through?

Seemed like he’d munched a load of Xanax beforehand

Feel kinda sorry for the guy, he’s clearly scared of the situ, and rightly so. He’s like a wounded animal in the corner of a wooden hunting shack and stupidest morons are waving the guns.
That’s only ten mins in, can’t take any more. He is a bell through and through, needs this to realise that he’s not bulletproof.

Haven’t attempted it yet (Nine Club), but is it not more like morons waving water pistols? I can’t imagine Crob having the questions or Roger having the confidence.

Also not attempted it.

Don’t want to listen to 3 hours of someone i’m not interested in.

Don’t want to listen to 3 hours of someone i’m not interested in.

Just listen to the first ten minutes to experience the blabbering. It’s actually quite funny. From there on in it’s just a loop of his craziness up until at about 1:50 or so when they de-aryanate the situation a little.

To be fair to Crob and Rog they do try to elicit answers and explanations, but it’s just impossible as the guy’s a mess and doesn’t seem to grasp the enormity of the pattern of incidents. And much like how a child who behaves portentously when confronted or called out, JJ’s usual response to essentially being called a nazi is:

oh… fuck… damn…yeah… that’s not me I totally don’t identify… fuck! no! damn! no way… … see my mom had a c-section and I’m left handed

when they de-aryanate the situation

been mentioned on slap that he basically has a childs mind and legit has no clue about well, anything. from the 35 minutes that i tried to get through i can’t help but agree.

Firstly I don’t understand how he got a pass from skateboarding up to this point, neither his skating nor his personality should have allowed him close to legend status

Secondly I have no fucking clue how he hasn’t been completely excommunicated from skateboarding now all of his history of using nazi imagery and flat our racist comments is common knowledge.

Maybe appearing to have the mental capacity of a 9 year old has helped?

Finally attempting this and after watching loads of those @thenoinclub edits, this isn’t much different.

Firstly I don’t understand how he got a pass from skateboarding up to this point, neither his skating nor his personality should have allowed him close to legend status

Same. Granted I’m probably not of the generation to have paid much attention to him in the first place, but I never understood it.

Would much rather watch Shier or Jeremy Wray.

Was it on Slap someone just wrote “Nein Club”

On the Nine Club Insta pretty much straight away, then a couple of times on Slap after that.