Old skate pic Insta for any old gits out there...

, and even a few from recent years, have a look at my Insta account @skate.flyer Full of pictures I’ve either taken and others by Steve Lilly and a few other friends/snappers. Recently started but updated often. Go have a look and give it a follow…

Ahh, the old surf (skate) flyer in your avatar - god, those things were horrible pieces of crap. Wheels made of tar/liquorice, loose bearings, ‘trucks’ made of tinfoil that look like they were designed by someone who’d never seen a skateboard… Mind you one of those got Don Brown started in skateboarding after his brother ‘found one in a bush’ in a Brighton park and took it home for them to share.

I’d take a look at your photos as I certainly fit the age demographic but I’m such an old git that I don’t have or want an Instagram account. If you’d like to post the odd one up in the random photos thread now and again that would be cool.

A Surf Flyer was my first board. Bought it off a kid at school for £1 and it had been sitting in his garden for 10 years, it was rotten.

That one in the picture I bought as NOS from an old shop clearance on Ebay for £15 years ago. It’s mint

. I never had one back in the day as my first ever board was a blue GRP Skuda

I don’t want to go all MAS, but here’s the underside of a Surf Flyer, (for those of you under the age of 90, who’ve no idea what we’re talking about)… I may have done them a disservice by calling the trucks tinfoil, they were more Coke can than tinfoil. 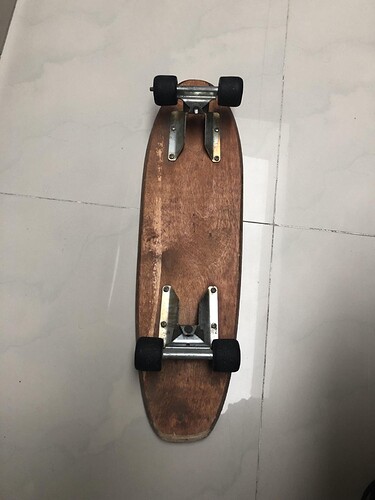 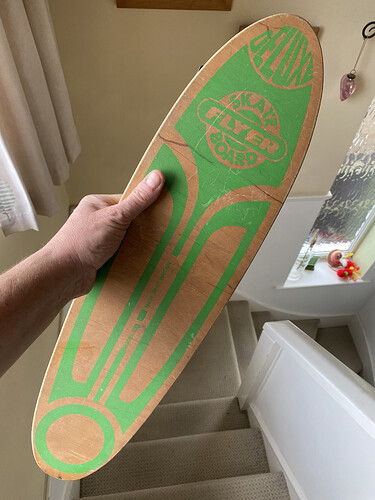 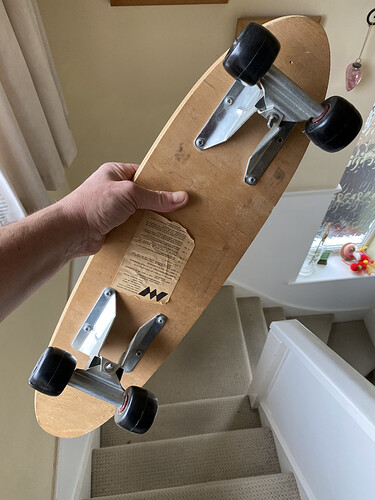 Thanks for posting. The pics from Harrow performance bowl are great: my god that thing looks huge!

It was an absolute monster. Keep checking back, there’s more to come