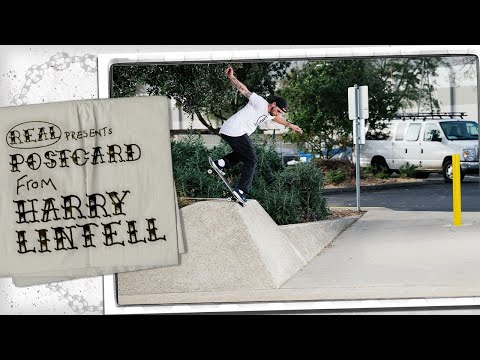 I put this in the footage thread but deffo think it’s thread worthy.

Zero filler and a lot of tricks stood out. I really liked the half cab nosebluntslide 180 out thing.
Very rewatchable section, like anything he puts out.

So stoked to see his name on Real boards. Long live Lintell.

Ollie into that escalator was fucking mental.

Loving the switch front heel over the rail towards the end.

His tech is so underestimated. Like, every part has some mad ledge stuff tucked in there which he does once and isn’t made out to be some massive highlight and then you never see it again.

I really liked that.

Switch hard flip the road gap as well. Never seen him do that trick before.

He’s been so productive for so long. Always impresses.

There’s a couple floating out there - maybe that old Cons Europe trip thing or the Hold Tight Big Push. But the switch hards which sticks in my mind was in something @sk8arrog8 made. Maybe like a Volcom wear test? I think it ended up as a QS top #10.

Did I? I don’t remember this

I’ve checked. Think that was a Lomax line!

Ahhh yeah. Maybe that recent part they did. That’s right.

he’s got the Key for sure

I remember Harry from his debuts in sponsored skating and he’s come a long way and desewrves the respect he’s getting. It looks like he’s living a good life with support from a solid team.

Not the sort of music I’d listen to and it reminded me of Tom Waits but it had enough simplicity to the refrain that it works. I just hope the lyrics don’t reflect anything Harry’s gone/going throuygh.

The opening line is marvellous (Check the form on that switch ollie). As is the one with the double rail hop mentioned earlier.
Single tricks are solid too. The ollie into the escalator and the switch frontside heel over the white rail especially.

The switch ollie over the rail is really special indeed. It looks like time froze for a second when he’s right over the rail.