Thread-worthy for the skating/edit alone: throw in the fact that he’s still skating like this at 38 and it’s deffo thread-worthy 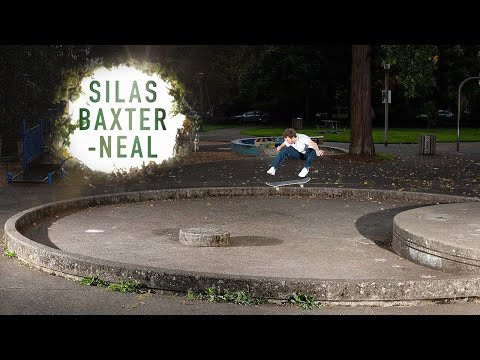 I’ve already watched this a few times but I think it requires further study. There’s a number of kickflips in it that just don’t look like they should be possible.

I knew Chris Mulhern had to be involved somehow.

Starting to feel like architecture plays a major role in the aesthetic of SBNs parts. The camera always captures the setting/spot so well. The reverse rolling angle of the line opening with the multiple rails and finishing with a flip backtail is a great example.

Made the time for this one and enjoyed it. He did some skating for Aesop Rocks Jumping Coffin vid.

Amazing skating but that first song was awful. Had to mute it.

Skating was sick but I was really surprised it was edited by Castrucci. There were some very odd edit moments and what the hell was going on with the audio mix? You literally cannot hear the skating at all for half the part.
That’s not something I thought someone of his ability would ever let out.

Starting to feel like architecture plays a major role in the aesthetic of SBNs parts.

He talked about this around his last part. It very much does.

That completely passed me by at first but watching it now it is weird that you can’t hear some of the tricks.

Not an issue for my favourite part though which is that line starting with the massive 50-50.

One of those guys that’s gives the impression he can do pretty much whatever he wants on a skateboard, but selects his tricks carefully based on impeccable taste.

That was great, he’s always been a fave - tasteful tricks done very well on great looking spots. He deserves a better board sponsor than Habitat imo

I love Habitat and SBN, but as @Londonskater said there are several sloppy edit points in this. I find it a bit sad that Castrucci is so all over the place these days.
Several parts of the audio weren’t fixed and mixed to stereo either which really bugs me, and there was a slow mo glitch of repeated frames towards the end of the part.
Also @sk8arrog8 that first song lol.

All of that aside, he’s amazing.

I find it a bit sad that Castrucci is so all over the place these days.

What else has he done?

I found a few of the Suciu edits that he did on the lead up to SOTY pretty stale. However the Kaue Cossa part was amazing.

i watched this three times and i didn’t notice any of this stuff.
i mean, i’m not educated about it so maybe i couldn’t see it but i liked the edit

Its not the seeing…there literally is no skate audio for half of the tricks.

What else has he done?

Yeah they are there greatest examples, it’s the stuff that would indicate he’s ‘all over the place’ now that I’m struggling to think of.

Anyway, the sound or lack of it in parts is certainly weird but a million miles from ruining it for me.

Hmmm… he’s skating a Stefan/Charley Harper : Ohio board in a lot of that, which was released in 2018. So I’m wondering how old a lot of the footage is? Still a super rad part though.

I think it’s just the refinement and care that all of the older Habitat videos had, perhaps I’ve got rose-tinted specs on?

Search The Horizon was brilliant, as is Control Room… it’s just that some of the other videos feel almost like they’ve put out a strong draft without a final wash through to iron out the imperfections.