Hi everyone, I’m new to the site, getting back on a board after years out, just moved to Brighton area and looking for some other skaters in the area, I’m old, broken and can’t skate for shit anymore but totally feeling the stoke …

Brighton looks like it’s got an amazing scene these days. There’s at least one of them on here.

You need to find the guy with the massive trousers.

Yeah, then tell him to move out of the way as he’s obscuring all the normal skaters out of view that you can make friends with.

although I don’t think they have an indoor so he’ll come in handy when it rains.

It’s really good right now, new ledges , smooth walkways , great park And you can skate late on the beach front where it’s lit up all night . Been there loads over the summer and it’s never been better to skate .

Don’t really know any of the older crew there , just the ones with tents for trousers .

BYC Skatepark is Brighton's only indoor skate facility. The park is for skateboarding only, and is open

Thank you for replies so far. Yeah the skate scene in Brighton looks pretty cool, i will skate pretty much anything, parks or street. Originally from OZ and our skate parks where all cement and sketchy as hell, so its nice to see the cement parks down this way too.

Yeah I’m from Brighton, I run the park posted above. There’s shitloads of skaters of all creeds here it’s pretty amazing. Skateparks aren’t in abundance but there’s the level which has a pretty strong early morning crew of older guys every day. Hove lagoon is good for milling about as there’s loads of flat space. Few smaller ones around as well

Do I know you irl @wayout ? I used to skate that park when I lived in Brighton up till 2000

Thank you for reply, I will make my way over to you at some point in the next couple of weeks, love the bowls and seen a few vids containing Source so would be awesome to make it a regular visit

No I didn’t start skating till about '01. You got any clips from there?

Couple of pics of you on the wall here though 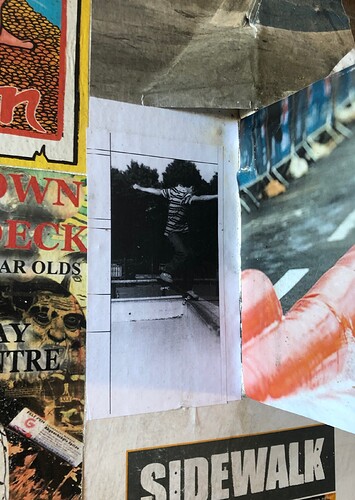 I’m not sure if that’s @Spanky. I recognised that photo and had a dig about. Maybe a misdiagnosis but I picked this small local zine up from Brighton’s Re-Al shop around ‘99 ish 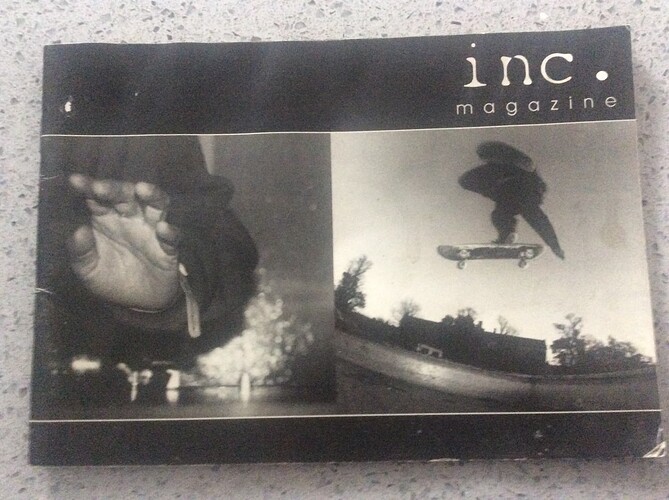 And there is a @Spanky Check Out in there 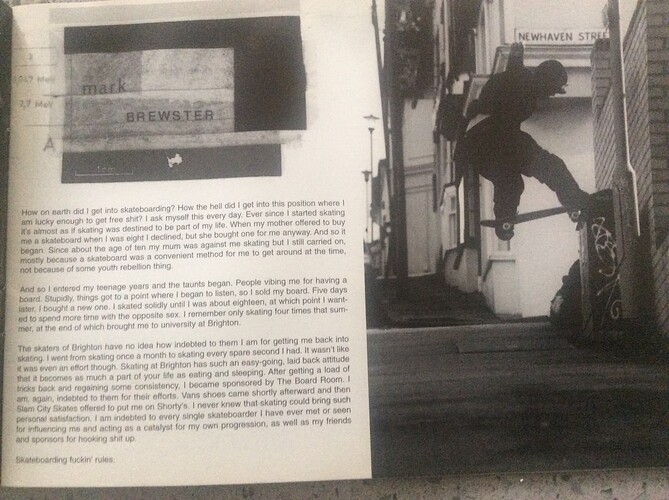 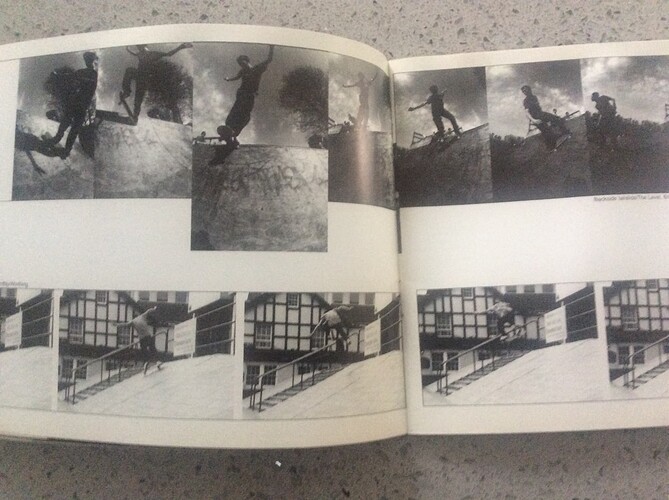 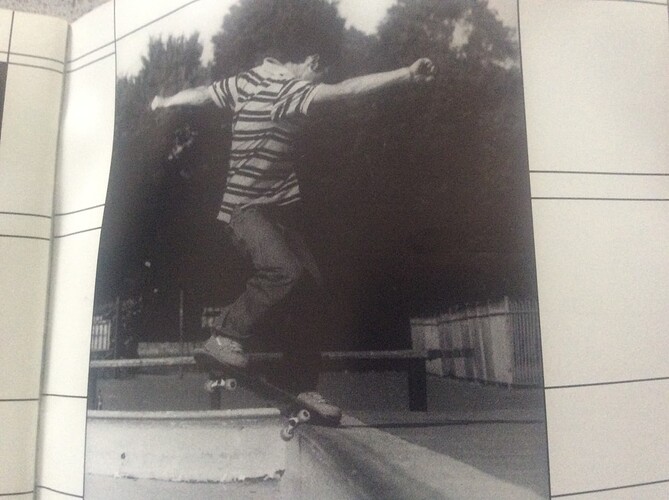 It looks a lot like it’s at that little paddling pool at the old Level Park. (Best thing there iirc).

I guess @Spanky would know for sure though.

Edit: In fact it looks like the photo on your wall is actually from the same zine looking at the lines/squares in the surround. Well, there’s a coincidence, eh.

No photographer credit throughout the mag - although it was put together by a Kevin Michael Eason. Again, Spanky might remember. He’d also be able to say whether this photo 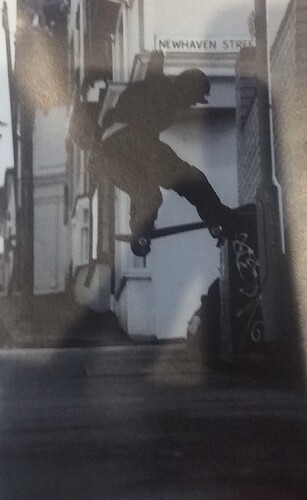 Is the front nose to crazy GX hillbomb that it looks to be.

Yeah that’s Jon, I think he moved to London eventually and started a skate shop, can’t remember what it was called. He ran with the Worthing skaters usually.

That little paddling pool was so good

moved to London eventually and started a skate shop, can’t remember what it was called.

Tuesday (s) , maybe? I really have no idea where it was in London as I never went there but I’d like to say it was near Canteloes for some reason

No photographer credit throughout the mag - although it was put together by a Kevin Michael Eason. Again, Spanky might remember. He’d also be able to say whether this photo

Yeah Kevin put it all together and that telephone junction box was round the corner from where I was living , barely needed a run up and hell no I didn’t bomb Southover street

Just had a look box is still there

Thanks for posting that @Scurbrampwoody haven’t see that mag in years!

And yeah that’s it it was Tuesday skate shop

Anyone living anywhere around Southover Street (I lived on either Holland Street or Scotland Street, it was a long time ago), needed to learn to drag your foot behind you switch so that you wouldn’t wear out one shoe quicker than the other lol. That paddling pool was amazing.
I wonder if that weird off licence with the Mock Tudor shop front is still there.

You better be google mapping that because now I’m curious.