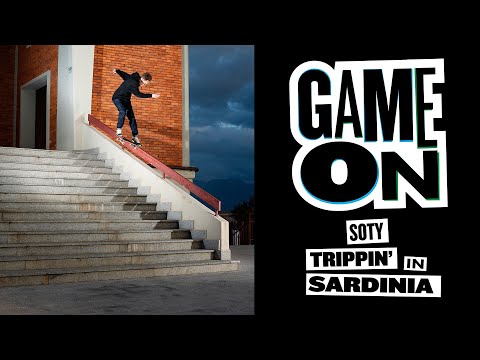 Some rad skating and spots, but is it totally boring?

is it totally boring?

Nah, not for me.
It was refreshing to not have to cringe through Rhino and a bunch of mongs acting like they’d just had their first pint for once.
Knox had the best footage.
Nice to see Shier.
Joey O’Brien seems like he might be annoying.

Also - the tailslide that ended up on the cover on the new Thrasher looks way gnarlier in the footage.

I don’t think it was boring, having Busenitz in the mix was perfect I thought.

Only negative is that sometimes when Knox goes on those long lines his skating has a slight whiff of Dan Corrigan about it.

Really good that! Busenitz made it a bit less clinical, couple of Shier moves and Knox was sick. Silas is still amazing. JOB was amazing but can see the point of him being long.

Maybe why he’s the best skater in the world that nobody’s really heard of.

Really enjoyable. I even liked some of Suciu’s stuff! The frontside 360 over the rail and that long line. That being said I enjoyed Silas, Dennis and Joey O’Brien’s tricks more.

but is it totally boring?

Act 1 and Act 3 were ok but Act 2 was really boring and ruined the flow.

Suciu needs a hat or glasses or beard or something. He looks how I feel when I have a proper shave for the first time in a while.

Sick edit, seems like they had a good time. Enjoyed it.

Also - the tailslide that ended up on the cover on the new Thrasher looks way gnarlier in the footage.

Plus he came out straight, which is much harder than coming out fakie down a rail (or a hubba), especially a steep one like this.

Suciu needs a hat or glasses or beard or something

i really enjoyed that