Yeah, no worries. You thoroughly and convincingly whooped me.

Would definitely be up for another game some time.

Made a blunder that lost the whole game on the spot.

Can you spot which one it was on here? (I’m white)

Nice. You more or less played the blackmar-diemer gambit there which is my go to opening as white. Worth looking at a few of its permutations so you don’t blunder your good work away like that again!

I’ve never seen that opening before, its pretty aggressive!

Out of interest what makes that your go-to? It seems to go against all the advice I’ve ever got around activating pieces and getting the king safe etc. I should learn more openings, I always just start the same way so I get caught out really easily when my opponent is playing wacky…

That was a great game to watch

I was going for the halosar trap which is literally the only gambit/opening I’ve memorised!

I just played it out here.

The difference here was he moved his white bishop out before his queen so I dived in to the B7 pawn with my queen.

What I should’ve done was take his rook here. That caused me all sorts of problems later in the game.

The blackmar diemer? Will be checking that out from both sides!

Force of habit I suppose but even if doesn’t catch people out (which it doesn’t very often), it’s left field enough that a lot of people at my level haven’t seen it before, therefore they tend to have to think a bit longer and I gain time advantage. Also i like aggressive play so it suits my style. And playing mostly bullet, blitz and rapid speeds it’s good for quick development into the middlegame.

That and it’s pretty much the only opening I know properly/bothered to learn.

Lost from this. I’m tired.

World champs starts tomorrow. Quite hyped for it because Nepo is a bit of a wildcard so there might be actual results in this one.

This game is good. Judging by Carlsens face it’s not going well for him 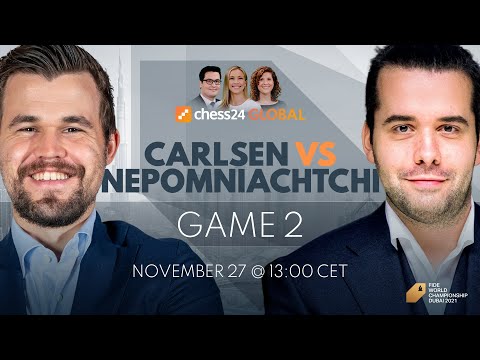