You’re not in Sainsburys car park anymore, danger level definitely up a notch.

Totally this. I nearly drowned “having a go” at surfing without any lessons once in Portugal.

I thought it would be fairly easy after skating for so long and snowboarding was a piece of piss.

Wave crashed on me as I was trying to stand up. Pushed me under and I felt like I was in a washing machine being spun around. Was running out of air and started to panic. Stated scrambling and luckily I ended up swimming to the surface. Immediately got out of the water and took the board and wetsuit back to the surf shack!

Yeah I don’t think people realise how gnarly small waves can be. I was lucky to learn to surf on tiny one foot and two foot waves in calm conditions

The next time I surfed was two foot waves in strong current and it absolutely destroyed me. I completely didn’t appreciate the difference that a different coastline and different conditions could make. The waves were suddenly really powerful and the sand shelved off rapidly making it deeper then you expected

Not gonna lie, the sea scares the crap out of me

Hi, the first board I got was a Bic Mal (Malibu). It was about 8ft long, not quite as long as a longboard but not far off. It makes it easy to catch waves. A foamy will be cheaper but not as good. I’ve just just looked and the equivalent of what I used to ride is now called the Bic Tahe Magnum. It doesn’t have to be a Bic, but anything around 8 foot to 9 foot long will be good as a starter board. A foam board is good for starting off getting your first wave but when you get into it you’ll want a proper board so you might as well get a hard board. Local surf shop as mentioned above is a good shout.

My mate nearly died once surfing in Bali. He’d got caught on a current pushing him further and further out from the coast. It was only after an hour when his girlfriend realised she hadn’t seen him for ages and could no longer see him that anyone realised.

He said he was bordering on drowning before he remembered the best thing to do was to follow the current along the coast instead of try to fight against it. Made it onto the beach a few miles down the coast

Where’s @Load when you need him?

Here I am to bore everyone to death.
You’re right about the softtops - those Odysea’s are a lot of fun and so are the Mick Fanning ones. I had a go on one for a few days in Ericea and it was great, easy to get into waves and has better performance than I was expecting.

Even Costco has a range of Wavestorms that aren’t the worst things in the world.

A longer one to start will be better, but don’t try and force the issue with standing up straight away. Get used to paddling without struggling, otherwise it’s like being in a kayak with your legs hanging over the sides. Get comfortable cruising around with your legs together and head up and that sets the pace for things going forward.

Start paddling into and catching waves and just belly ride them. This will help you to get used to the sensation and help to forget about the ‘things’ you need to do to get into a wave as when it comes to getting to your feet it’s going to need all your concentration. The best way for me to describe is like trying to drop into a halfpipe where the bottom is constantly dropping out from underneath you - and you need to jump to your feet in order to make it. So the more that you can get as second nature the better.

Soft tops > fibreglass/epoxy boards for learning as you basically have a weapon attached to your ankle. An 8ft blunt trauma device that you have no control over when you fall off - which means potentially hitting other people in the water and hurting yourself when you land on it, which will happen.

It’s a high barrier of entry, but once the penny drops in terms of the mechanics of it all, the progression is so quick that you’ll be having fun and learning new stuff every day for ages. It also means that you’ll only holiday on the coast for the rest of your life, but that’s actually sick.

@load is gonna be my personal surf instructor from now on. I’m stoked.

Think this calls for a surf thread!
Please.

Spitfire Formula Four 58mm conical full 99a for sale. Used three or four times to just roll round a park so like new, no flat spots. One little nick in them (see photo). 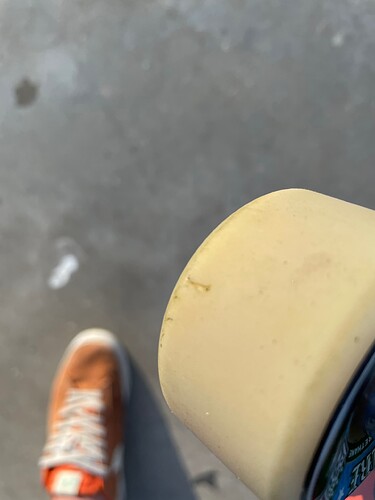 At the first mention of these wheels I was super skeptical - a soft wheel that slides?I still haven’t seen let alone tried a set yet but they are sounding more and more intriguing. I’ve been skating nothing but Spit 99a Formula Fours since they came out and swore I’d never ride anything else but I think I’m going to have to give these a go. Anyone else tried them? Is Roger just doing the Nine Club ‘we love everything’ shtick or are they genuinely that good? 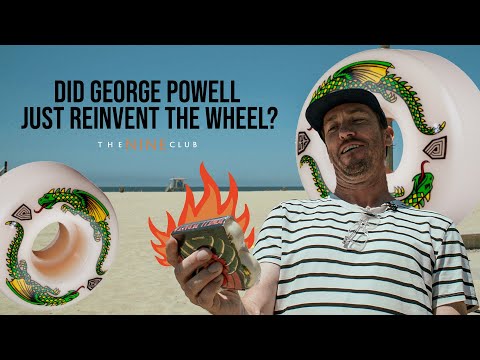 I know some people who swear by Powell wheels.

He swears by tensor magnesium trucks, so it he could his words rather then just getting free stuff and saying it is good regardless

So thirsty for those wheels now. Especially as they say you can skate longer?!? Sounds amazing

Hit up Powell for a forum review!

ABD. Might be getting a set to review. Watch this space…

Will take these if you’ve still got?

At the first mention of these wheels I was super skeptical - a soft wheel that slides?I still haven’t seen let alone tried a set yet but they are sounding more and more intriguing. I’ve been skating nothing but Spit 99a Formula Fours since they came out and swore I’d never ride anything else but I think I’m going to have to give these a go. Anyone else tried them? Is Roger just doing the Nine Club ‘we love everything’ shtick or are they genuinely that good?

just got around to watching this - madness. Rog is almost crying over the wheels

Yeah he does go nuts about them. It’s a shame he doesn’t actually do any powerslides on them though.

Since seeing that video my YT recommendations have been chocka with similar vids. It looks as though Powell have been flowing sets to every possible kook, weirdo and YouTuber out there. To avoid ballsing up my YT for the foreseeable I’ve avoided clicking on any of them.

Slap has got a bit of a thread running discussing them - Powell dragon formula tested by nine club.

I’m hanging fire on buying a set until I see what @Spanky comes up with when he gets the ‘Forum Test’ set through, (obviously bearing in mind his much publicised love of Bones wheels

). It’ll be a change for me if I do decide on getting some as I haven’t ridden Powell/Bones since the days of Crossbones and Ratbones somewhere way back in prehistory and have been on Spitfires for decades now.

Can’t find anywhere in the UK that sells them anyway