For Sale Thread (Selling your stuff) 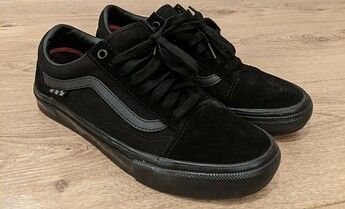 Some bits on eBay: 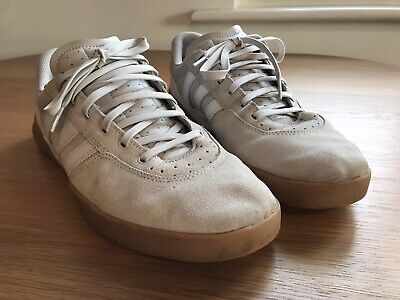 Adidas Skateboarding City Cup Cream UK Size 10. Worn but never skated in. Upper and sole in good quality. No tears or damage. Some discolouring and water wear around the the toe. 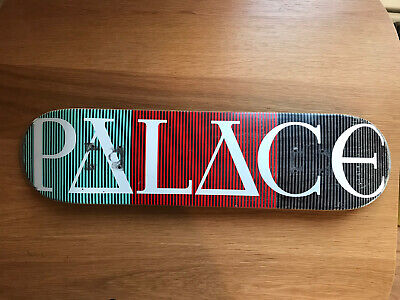 Palace Skateboards Deck 7.5 Used With Grip. Slightly used but still plenty of pop. Grip is worn. No delams. Comes with a free roll of Jessup if you want to re grip it. Let me know if you want it.

Polar Skate Co Script T-shirt Black Medium Skateboarding Last Resort. Never worn (other than to try it on). Forgot to return it so it’s just been sat in a draw for 2 months. Still in plastic wrapping with tags. As new.

Put a copy of Sean Cliver’s ‘Disposable’ book on eBay. As well, a ton of dubstep vinyl from Skream, Digital Mystikz, Hyperdub etc from around 2005/2006-ish before it mostly descended into nauseating synth torture. 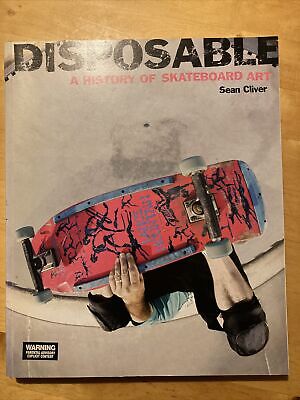 Sean Cliver ‘Disposable: A History of Skateboard Art’ 2007 (Skateboarding). This is an amazing book full of beautiful images which, if you’re a skater, will instantly transport you back the way classic graphics do. Endlessly fascinating and this... 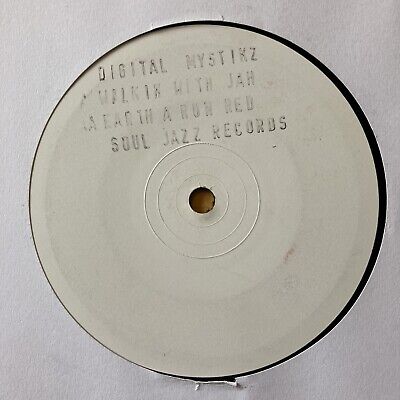 Everything is at least VG+, most better and some are mint and unplayed. Some sleeves will display some signs of light storage wear. Will post up to 4 records for £5 (note 2x12” counts as two records). If you win multiple items, please wait for...

Absolute crime that you are selling disposable but whatever, good luck with sale

Not if you’re lucky enough to own the updated edition

They’re pretty different tbf. Not too much crossover.

I might have made a booboo then. Haven’t really checked the newer edition out yet. Just assumed it was an expanded edition not a different one

I did too, but there’s less crossover than you might think.

corweeee selling some absolute thumpers there, tempted to buy doubles of erstwhile rhythem forsaken mix and the bits to be fair

that ego/mirror is going to go for big money ey

Aye there’s some good stuff there. It’s just sitting on a shelf with 1000s of others though, and has been for years now.

There’s a lot more besides that. Want to get rid of about 50-60% of my records ideally but I hate listing stuff.

Fuck, looking at what records you’re selling got me so fired up thinking about the first time I saw Skream and Coki play, DMZ subdubs in Leeds at the West Indian Centre… Loefah and Mala, don’t get shit as good as that now. Was a great few years when that shit was going down in its prime.

Real talk. Shame it all went the way it did so quickly (in my opinion). I’m sure there’s still some quality stuff out there now, but ‘dubstep’ became almost a dirty word in my mind.

It was never my thing tbh, but they were always good nights.

Yeah for sure haha it was such a brief period of time that was golden, always really good when someone who was into the same thing brings it up and you’re like, oh, you know the real shit, before the brostep crap took over and it became the dirty word!

@BvS vagabondz was great too, forgot about that one! I remember queuing for hours for a subdub one time at West Indian centre after it being at Vox for a while, was sober and didn’t mind. Went into the smoking area to see if I could get hooked up and unexpectedly the bouncer was the one that offered me some £10 garries, that was the shit! Haha so dope. Used to always find groups of skaters I hadn’t seen for weeks hunched in corners and be like yooo damn how long you been here for?

Haha. Pretty sure Subdub was the first time I ever did Mandy but I def payed more than £10!

Vagabondz was a bit more accessible, though don’t know what the limit of the Faversham was but it was always well over capacity, just absolutely rammed. Remember seeing some guy play who had like a cloth bag/mask over his head during his set but to this day have never been able to figure out who that was.

Aye there’s some good stuff there. It’s just sitting on a shelf with 1000s of others though, and has been for years now.

There’s a lot more besides that. Want to get rid of about 50-60% of my records ideally but I hate listing stuff.

I’ll do that mate.