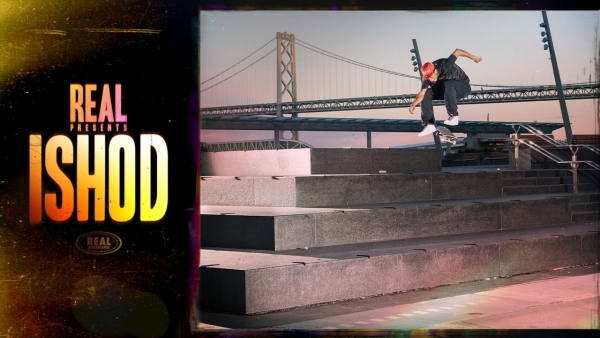 Already an all-time great, but still in his prime, Ishod makes it look easy in this ten-minute über part for REAL.

He has a crazy lock technique on front krooks. Really on the side…and it works for him, clearly.

Soooo many ‘fits! Nice to see him wear his Dunks so much still.

A mate commented this morning that the new Ishod part wasn’t exciting to watch. He said it feels like he’s going through the motions setting new standards for street skating.

I mean, I love Ishod…but I guess it’s true that he’s not that exciting to watch on film. Too calm and clean. Any thoughts?

If all you want is exciting then that rules out a hell of a lot of skateboarders. Wade, Prod and co aren’t ‘exciting’ in the way Milton is. They’re just as good though and imo way more enjoyable to watch. Just taste innit.

You are both very wrong.

Ishod literally the person in the debate of going through the motions, couldn’t think of any worse pick in the last decade.

Watch this for interesting. 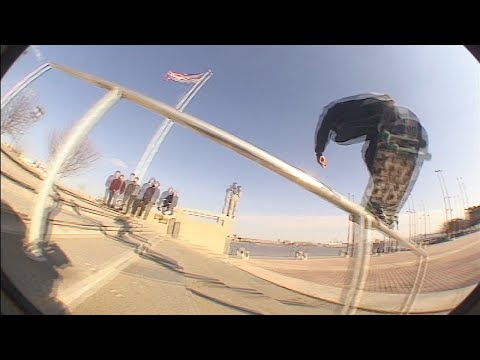 Ishod is one of the all-time greats, just that this particular edit is a little dull for me compared to some of his other parts. Could’ve done with dropping a few clips here and there maybe?

Yeah maybe that’s it. Ishod footage always stands out from the crowd in a tour vid or whatever so I guess you’re right.

The kickflip back nose then backtail shove to backtail line is so good. The part gets better the more you watch it.

I think Wade is usually pretty exciting to watch in the sense that he cleans everything up to the point where you’re watching his footage anticipating something so dope it’ll make you jump to your feet and scream.

I love Wade. So so so much.

I could watch Wade do the same trick every day. He’s got it like that.

A 10 minute video part is tough to keep exciting, doesn’t matter how good the skater or editor is. In terms of momentum, maybe they could have trimmed a few minutes off it - not because of the tricks but because of the length

Especially towards the start - it took a little while to get going. The back lip clip which opens it, for instance - Ishod’s mates did better tricks on that rail anyway!

He probably could have got 2 banging parts out of this footage without losing any of the tricks. IMO the edit did him a disservice. I also feel that none of the parts really had their own flavour.

Arguably the most famous multi song part is MJ in Fully Flared and, for better or worse, each of those sections ‘feels’ different. Maybe if the edit had split the skating somewhat, it might have felt more exciting.

The skating was amazing, Ishod is a goat, but the edit was a bit flat

Yeah when I first watched it I was like ‘that was too much I couldn’t take it in’. Then when I re-watched it I was just waiting for the good stuff to hit and as a result some of it just washed over me.

It was the polar opposite to ‘Shrimp blunt’ which is what I’ve been watching on repeat recently. Whether you like the image or not, Beagle packs his edits full of character and energy.

Y’all tripping. Ishod is the goat. Front nose at pier 7 about a minute and a half on was the epitome of cool. You want exciting go watch Milton mad dog push at Wallenberg or something

Imagine the hype if Suciu put out that part. Geez