but tbf I’d feel like I was spamming the place

It’s your thread, you started it and brought something decent.
Might I be even nosier and enquire where in the mids?

Somewhere that has or had a heavy Rollerblading presence. Check the kitchen roll sized coping on the monstrosity!

Yer don’t make a new thread for each photo haha. 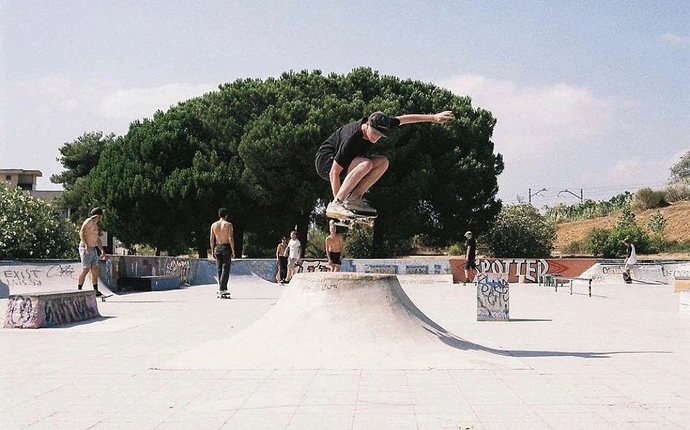 Oldie a mate shot of me in Barna. Melon over one of the nip things at Spotter DIY shortly before moving home.

Moreso whole projects. So, an entire zine or new issue of a magazine, or a full length or a series or something…

There was a thread for the Love Letters and that was sick. Much better than being lost in the footage thread.

Aha ok ok reading bits wrong. One thread it is.

As for the coping sadly that’s just what this one came with, only the bmxers or indeed bladers tend to use it though.

That’s a great photo @neddy tricks I only dream of, but then again I dream of being able to do kickflips consistently aha

No problem, near Birmingham is fine, wasn’t after coordinates.
Wondered if it’s familiarity was because I’d been there, from that I probably haven’t

Ah no worries @Mush, it’s not a place you’d really visit for a day out to be fair lol

I live in Droitwich, looking forward to be able to go by public transport to Brum. There’s a new DIY spot at Bournebrook. It looks like they’ve done a great job of it, with a quarter pipe and ledges.

Yep been following that DIY and there’s some great work gone on down there. Few of the local snappers have got some great shots down there

Guess the banks are long gone?

As probably noticed, tend to rely on natural light most the time, just think it gives a better feeling to photos, but have got flashes to use when needed 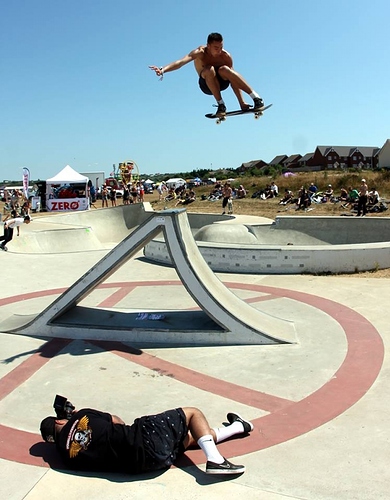 I quite like the hustle and bustle of photographing at jams, where you don’t always get to set up and work out various angles. Lots of throwaways but the occasional gem. Happy with this one, Sam at Peacehaven Jam, Jul 2018.

Been using crop sensor bodies for many years until recently when I finally managed to upgrade to full frame. OMG, finally seeing all of the fisheye has been a real boost. You’ll notice the difference when I post a newer pic.

I kind of just prefer that mentality @nut as you never know what you’ll get.
That one is a gem, skater got some great height from it, great to see it all in one shot too (something I don’t always remember to do)

Don’t suppose you’ve got a link to that other photographers perspective as well?

I actually got back into photography with a Sony a6000 mirrorless as I noticed they had really improved with continuous shooting rates. Problem is I always wanted a pro DSLR body so soon bought the d3s and haven’t looked back, yeah less megapixels compared to some, but I like having full frame and a weighty camera (the a6000 is not and it’s noticeable in my shots lol)

I never saw it anywhere online, maybe it went in a zine. Paz is a grafter though, he’s been shooting Brighton and improving all the time: https://www.instagram.com/johncyrussphotography/ 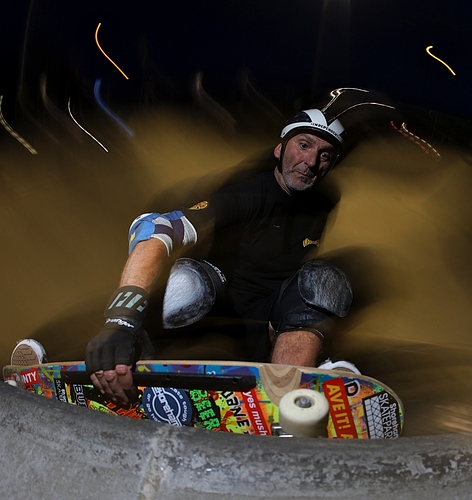 This is mostly what I aim for, it’s what skateboarding looks like to me. Jelly at Shoreham from autumn last year with the 6dMk2 and a single flash. Got another flash now as well so as soon as I can get out … (shakes fist at sky)

@nut that’s something I’d love to try myself as love that style of shooting, need to look up tips for doing it at somepoint.

Feel ya bout the weather though

Yes, unfortunately the precinct was redeveloped and the banks went over 10 years ago I think it was. That was a great spot. They’re in this vid from 6:09.

Some classic photos there too. Andy Bennet comes to mind.