Early reports coming in that it’s shit and I shouldn’t bother watching.

The lack of a link is really good

It’s not out yet (CMOAC), been asked not to share.

Ahhh right. It’s in the footage thread though… 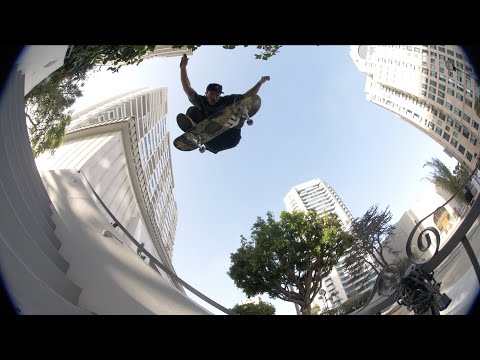 The Gustavo opener was very nice.

IMO if it’s not going to be an absolute gamechanger like Questionable or Virtual Reality…just don’t bother.

If you want to hype the hell out of your upcoming video it’s not good enough just to throw stuff down bigger/longer gaps/rails. It’s like more of the same shit that’s churned out 24/7. And changing spots up won’t help.

Think this was talked about this in the Primitive topic I think but I don’t think any one full length skate video can be a ‘gamechanger’ any more from progression perspective just because of how much stuff is released and the ease at which any one can drop stuff.

Just bringing what I said in the footage thread chat but enjoyed it more than the Primitive video, some dodgy music choices for sure but I thought there was some fucking gnarly stuff in there and quite enjoyed watching the kid hucking

Joslin is always great to watch even if it is just huck after huck after huck. Good to see Duffy still killing it at 47. As I said in the footage thread, I think Trevor McClung is sick.

Euro jock and the rest of them I can take or leave.

Does the Lyon 25 make an appearance?

His kickflip bs smith was lovely though.

Just onto Mr Duffy part at the moment, but missing some bits as work is getting in the way. One of the few I had to unfollow on twitter many many years ago, I can’t remember if it was political or not. Edit - I find the older pros older than me really inspirational, as cheesy as it sounds - makes me think I WILL get that 12” 5-0 and tail slide on a curb if I put the work in

Just watched Aurelian - No doubt Aurelian is a talented skater.

I’ll try and finish it off tonight, but will probably try and slope off for a 30 min skate before dark instead!

Will try to battle through the rest later

Even Blind edit their videos better than this.

Joslin’s part was ruined by seemingly including every trick he’s landed on camera in the past few years. Just pick the best switch front heel and dump the rest on instagram FFS.

Aurelien is the fucking worst.

Aurelien is the fucking worst.

The hatred of him will never fade will it?

He dresses like a footballer and has terrible trick selection.

His only redeeming feature is hucking himself down stuff but lots of people do that.