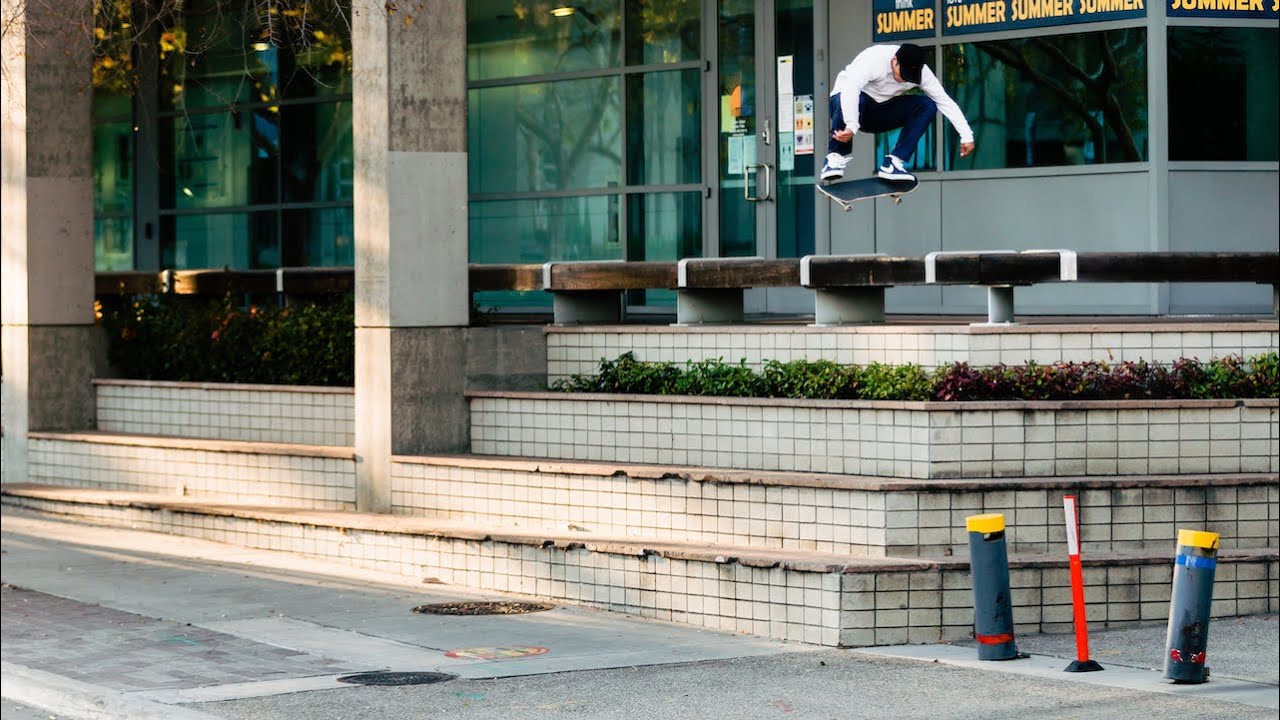 Someone time stamp Munro for me.

Tiago is my forever SOTY but Carlos is worth it too.

Would like to see a second angle of Ribero’s ender. Not sure, but think he slid it in the middle of the ledge and not right on the edge. Still mega gnarly.

Seeing Wade hit some rails was a pleasant surprise! His stuff at Muni was awesome as well.

Just sat through the whole of it and to be honest….it was a bit of a chore. The music was pretty dreadful throughout and after the great start of Prod, Wade, Tiago and JB the video sort of died for a while until that Pedro dude came on right toward the end. The montage with Charlie in was just weird.

All of the skating was completely insane but I found myself kinda bored. Such a shame because I’ve been looking forward to this one for about a year. I’ll just rinse Wade’s part over and over I guess.

Yeah, post premiere the consensus seemed to be that the skating was insane but the music just never switched up pace. Over an hour at 90bpm…

Brian Peacock is the best. Such steez in his manuals.

Someone time stamp Munro for me.

25:33. He has a minute of stuff. Some rad clips but kind of gets overshadowed by what’s happening elsewhere in the video.

Haven’t watched it all yet but from what a team! Crazy collection of super humans.

P rod followed by Wade, followed by Tiago has to be the strongest start to a modern video.

Wade at muni bit had the same energy as his top dollar part, which up until now I don’t think he’s ever been able to recreate.

Music didn’t lend anything to the skating and in a few sections detracted heavily.
Brian peacock to jada worked well.
Also franky V. Not skating to some cute fuzzy music or pop punk is abit dry. The boy loves the studded belt era, indulge him or don’t put him on the team.

The jb voice over didn’t really work. They could have cut it at the X-ray shot and gone onto the next person.

Agree on Franky V. He is an odd fit on Primitive and other than adding his shape to the range of decks they don’t do enough to exploit his difference.

Pedro Biagio is fucking sick. Never heard of him before (part’s at 47.00)

I think they took a risk with Wade’s first song. It didn’t work.

The music made me want to rip my ears off.

I enjoyed it including the music.

Will probably watch again to take it all in.

Didn’t mind the music either. Jaeb does look bland in this context. I fully expect him to sort that out by the next video though.

I’m about half way through and the James Brown track has really made Kyonosuke’s part stand out, purely because it’s been preceded by quite a few bland, samey tracks. It’s brought a bit of energy which has been lacking.

Edit. Same goes for Trent McClung, who I wouldn’t be able to pick out of a lineup, but I thought the music went well with the skating