Spoilers. Darth Vader is his dad.

Spoilers. Darth Vader is his and her father. 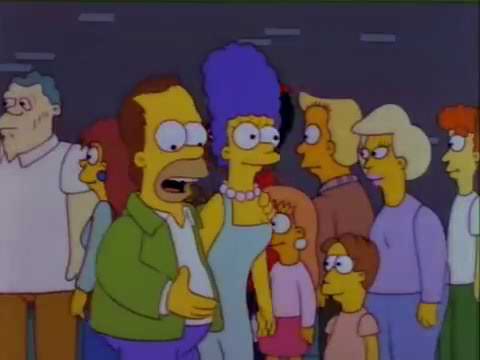 Perhaps add SPOILERS in the title?

You will never find a more wretched hive of scum and villainy. We must be cautious.

Did anyone watch Visions?

I forgot about it and just threw on another episode with dinner.
Bit hit and miss, but some are pretty solid.

Yeah it’s a rad idea but like you said some are going to be stronger than others.

Yes, the black and white one was the best. The others… meh.

I’m hoping they drop the Kenobi trailer after the last BoBF episode next week, like they did with BoBF after the last episode of The Mandalorian series two. May the 4th would be a perfect release date for Kenobi as well, as it’s on a Wednesday this year, the day Disney puts out Star Wars content!

This may have been covered already but watched the lastest BOBF last night and it feels like someone accidenlty deleted half the series off Disney’s hard drive and they’ve had to drop in Mandolorian clips / episodes?

Was kinda hoping the series would be more Boba Fett flying around the galaxy, chasing people down and less sand. So much sand.

and less sand. So much sand.

“…It’s coarse and rough and irritating and it gets everywhere. Not like here. Here everything is soft and smooth.” 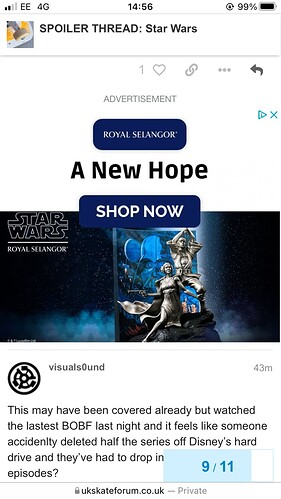 Wow ! Episode 6 just blew me away , what an absolute treat, the deep fake was really good, so for once you weren’t concentrating on the poor cgi .

And as echoed and as I just told my housemate, the mando / Fet series have utterly shat on the last three films and prequels . They’re really showing them up and it’s great.

Keep these people in charge please !

Right I just watched Season 2 of the mandalorian and am up to date with BOBF.
Spoil away chaps!

Predicting show down that requires Jedi intervention so Obi tie in makes sense. Wondering who the bad guy will be. Moff Gideon’s alright but they need someone really hench.

Also very impressed with the powerful female characters in both series.

Predicting show down that requires Jedi intervention so Obi tie in makes sense.

Are you mixing up your timelines here? Obi-Wan will have been dead for years before Mando and BoBF. Luke will be a child in Kenobi but where I do think they’ve shot themselves in the foot is, Mando spent time on Tatooine, BoBF is set on Tatooine and so will Kenobi. So much sand!!! I’m not sure how often Obi-Wan can go off world and protect Luke at the same time?

I’m really not up with all of the lore, but are we maybe going to get something between Obi Wan dropping baby Luke off with Owen and Beru and when he settles later on? Luke and Leia are a secret, with Leia in the hands of Jimmy motherfuckin’ Smit so likely he isn’t in danger at this point in time

I think Luke will be about 6 or 7 in Kenobi. Yeah, he is there to watch over him. We know Darth Vader is back too and he never returned to Tatooine so Obi-Wan will leave for a mission at some point.

I’m looking forward to the Han and chewie cameos.

I really love the Solo movie, it’s great. There ya go.