This premieres at 8am tomorrow, UK time. 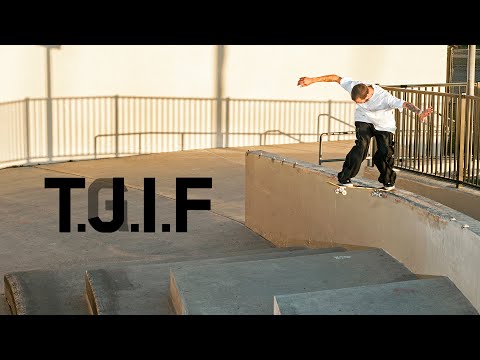 I guess I feel its kinda worth of its own thread mainly because it was filmed whilst going through - and continuing to go through - this sitation:

@buildafire @Spanky - please delete/merge this into Continually Updated, if needs be.

Well keen to see this.
A super nice dude who came up from the hardest of backgrounds (care homes etc) made it his own way and is very cool to kids/fans etc.
He will beat cancer.

Leave this as its own thread - it deserves it

I watched his nine club and he came across really humble, and he does loads for his community with events etc.

Looking forward to this too, such a humble guy.
At CPH open at Berlins ledges he introduced himself to me when I was skating them , hyped my up when I was going for kicky Krooks, but it was when he left later on he came up to me and said good by to me by name like we’d know each other for years .
Such a rad guy and he’s going to beat cancer.

That is fucking sick!

Whilst we are regaling stories…he watched me lose a game of Skate in Paris to someone who set a Varial Heel. I then proceeded to try about 20 more on flat and not do one, all the while whining that “I used to do them every shot” or some such moany waffle…

TJ then proceeded to call my name and do one everytime I saw him for the next few days.
Including in the contest.

Anon and him knew each other from way back, I think. He (re) introduced us to which the response was “Yeah, I know him already. He’s the dude who can’t varial heel”.
I am fairly sure there we very dangerous drinking stories involving both Anon and him, too. Obvs.

That’s incredible haha! What a ledge

Yeah [/cmoac] he and I have got very pissed and had a great time a few times before.
He is genuinely one of the nicest pro skaters that I’ve ever met.

He also called out Nike for exploiting skaters with their ‘flow you’re on but we’ll never do anything with you’ containment program on the very first series of The Bunt. Whilst he was on Nike flow.

Always love his clips where he is just smiling whilst skating. Awesome. Hope he gets better.

He stayed with some Guernsey homies for a few months before I moved to BCN. Nothing but positives to say about him, and that Menikmati shoe part is so sick. Gives me Wade vibes.

I met him once in Cape Town at a skatepark, the guy who owns the park is an old friend from school and is also a filmer - so he was documenting the trip for Red Bull on this occasion. Anyway, the point is that I got properly introduced etc and he was genuinely interested in our conversation, even though I’m just a typical normie with regards to skateboarding. We only hung out for ten mins but can echo anon in that he’s definitely one of the friendliest pros around.

Fucking hell that was incredible.

95% switch
First track reminded me of Menikmati then the classic Ghostface hit.
Back to back noseslide 270s were nice

Yeah that was sick, his switch game is ridiculous.

I sort of forget how fucking good he is at jumping down massive things. Gnarly.