UK skateboarders with US boards Numbers replenishes the spot on its pro roster left vacant by Miles Silvas by elevating Kyron Davis. This is clearly well-deserved as Kyron has been on fire lately, and had a standout section in Nike SB’s Trust Fall back in July. He’s the second...

I think it was just a coincidence that they turned him pro with the Soulland one and the company folded soon after so no more series.

Feel like the consensus everywhere online when it happened was that he’s pro? Can’t remember there ever being any word of it as a one off, can’t really recall many companies ever giving somebody fully on the team a one off pro board then keeping them an am? (Excluding guest models)

Isn’t the Div - Yoghurt, a guest, one off if anything?

I feel bad on missing Sam out in previous conversations. Love the way he skates…

That’s ‘The Olympic Effect’. When the Olympics actually make you forget about the people involved, rather than notice them more. I expect it’s just a British thing.

just echoing PolarJames, but is there a reason Geoff Rowley and Tom Penny aren’t on the list?

Horsey had a board (or several boards) on ‘Send Help’.
Mark Baker I don’t think had a US pro board but possibly had the first UK signature product on a US company with pro trucks by ‘Megatron’.
Jeremy Henderson was a US dude that just lived in the UK for a bit right?

Seems like a massive technicality that. Especially considering Flip moved to the US in 94.

So what was that? Infamous?

Steve O born in the UK , now on his own brand Jeremy Henderson was a US dude that just lived in the UK for a bit right?

I thought he was English. Eli reckons Laguna Beach but he’s going to ask. 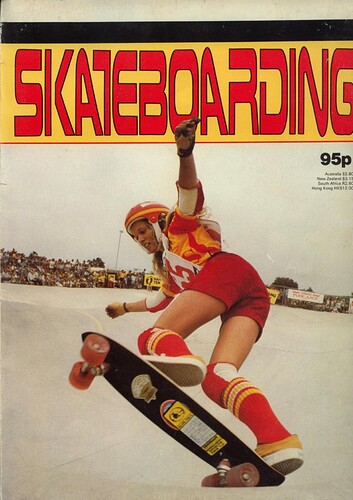 image1240×1753 277 KB
There was some sort of Hobie/ Benjy Boards thing I think. (As well as the David Cassidy, Frampton, David Soul and Wings pull-out giant poster. Although that could just be some weird memory of mine that is mixed up with something else).

I thought he was American then. By the time Shut started going I thought he was English. I don’t know, I’ve been confused ever since. I’ll admit that it’s not the sort of thing that keeps me up at night but it would be nice to have an answer.

He had a photo in most issues around that time. Him and Sablosky, obviously.

Yep, they were the two I though were cool. I thought Sablosky was American at the time too. He had an American sounding name and both he and Henderson had the rad long tube socks just like the kids on The Red Hand Gang