Maybe it’s a product of being online too much during winter, but there’s a whole subsection of the UK industry which seems to exist largely on social media which I can’t fucking stand. Those companies which are (mainly) not stocked in skate shops, have obnoxious or garbage branding, and sponsor a particular type of Instagram-hustler skater (the ones who document every session they have, tag all their sponsors in their bio, never film for a more ambitious project etc.). They all seem worthless.

The Hated Skateboards
What is this lads-mag streetwear brand?

Scum
What is this, a company? A skate shop? Have they taken over the old Slam City premises in Covent Garden?

Super Toxic Urethane
To be fair, this one has been around for a while now and managed to get their products into some shops. But still, they seem to have only ever designed one graphic and have milked that forever. Well budget.

Sex Skateboards
Yeah, Louis Slater was/is a good skater but not into his art.

Hop King
The out and out worst. Owned by some trust fund gentrifiers, this company just pumps out the most meaningless drivel. Vapid, influencer-lite skateboarding.

Isn’t Altar now just an insta shop sponsor thing? Or am I completely wrong? That’s the vibe I get.

Something to do with Grove isn’t it? I think Paul Carter gets stuff from them.

Altar has a physical shop in Dartford, Kent.
Unless they closed down…

I only got this idea as the girlfriend of someone I know in Bristol gets bits from them when she sends in insta clips, or something along those lines…

Super toxic urethane is part of ifive which is karma, super toxic and that my custom skatenaord. It’s all run by the same person I believe

All of your examples barring Hop King are skater-owned and run and do plenty of positive stuff to support skaters.

Hated is Kev Mckeon and another London guy’s thing - it’s popular with non skaters but they sponsor a bunch of people.

Super toxic do a bunch of demos and shit and are deep with the Brum scene - they sponsor Alice Smith @palice and Marcus for example.

Altar is an SOS

Sex is owned by ZluoisSlater who owns Slygger Dist and is their version of an brand which appeals to non skaters.

On phone - will finish reply later.

Altar is an SOS

Cheers for clarifying. I feel like a bit of a knob now, but I genuinely don’t know much about them at all/haven’t paid attention. Hence my arrogance.

Yeah, but does that make them any good?

Scum is owned by this guy I think, he does actually skate but seems totally clueless about anything. Seems like the kind of person who quit years ago and picked it back up again when it became ‘cool’ 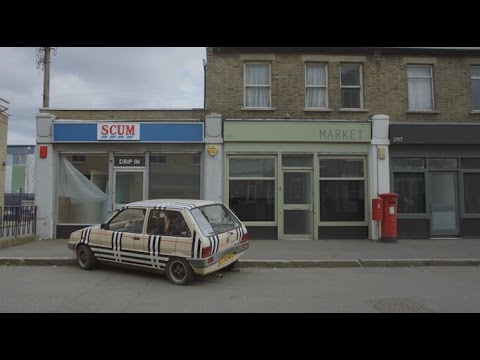 So that’s where the money’s coming from! I thought their central London location was really odd but this helps explain it.

What constitutes being ‘good’?

Could I imagine myself buying anything made by any of them?

All the stuff they seem to sell looks overpriced and a bit grim. They reflect poorly on the UK skate scene in my opinion. Seem like cash ins on the street wear trend (bar the wheel company) and their social media presences is well tacky.

Is Altar the one where the owner used to constantly berate scooter riders online and call them scum and tell them never to contact him or come near his shop? Great business tactics

Fair but devil’s advocate - which demographic do you represent?

And thus by extension, which iteration of the ‘uk scene’ is being made to look bad?