What a tit. Imagine spending your time that way

He’s a classic TERF right? From what I’ve gathered in that post. Didn’t know about anything he had done until now sadly, what a bell end. So self righteous about it too

To me it seems like arguing on Twitter sent him utterly mad, I think he was banned from it in the end.

Is he the guy who wrote Father Ted? If so he can be forgiven quite a lot.

I googled it but is that basically people being against the idea that a trans woman is a woman?

So he went on a lesbian dating app and identified as a woman to prove a point?

I need these things mansplaining.

I think a TERF is a radical feminist who thinks that men can’t become women, JK Rowling is often called one, as is Germaine Greer
They worry about the loss of women-only safe spaces.
Greer thinks a man who’s had a sex change operation is a ‘mutilated man.’ She says ‘you can surgically attach a snout and a pair of floppy ears but it won’t make me a cocker spaniel.’

I googled it but is that basically people being against the idea that a trans woman is a woman?

So he went on a lesbian dating app and identified as a woman to prove a point?

I need these things mansplaining.

Aye a terf stands for ‘trans exclusionary radical feminism’ and a lot of terfs arguments are that trans women aren’t ‘real women’ and shouldn’t be given the same rights or support, completely forgetting that trans people are often subjected to a lot worse marginalisation, oppression and lack of safe spaces. A lot of their bullshit arguments are just the same old ‘well if it can happen then it will’ kinda vibe, usually blaming the oppressed for existing as themselves rather than the oppressor for being the bully, using isolated cases to try to make their wider points about a large group of people. Fuck terfs!

As Warwick said, Germain Greer and JK Rowling are two people willing to die on this sword.

Is he the guy who wrote Father Ted? If so he can be forgiven quite a lot.

Co-wrote Father Ted, IT Crowd, I’m Alan Partridge and a few more. Him and his Father Ted co-writer Arthur Linehan were the 2 Irish guys in AP’s “Dere’s more to Oireland den dis” episode.

You of all people too.

Hahaha! Fixed. Should have calmed down before I typed.

you know what, i feel a lot of the JK Rowling stuff is really difficult. i think one of the issues around all of this is that language doesn’t properly describe people anymore and a lot of people are dying on that hill. it’s not helped by that opinion that anything that isn’t blind support for trans is seen as hateful and transphobic when there are some real issues that need addressing - prisons and sports being prime examples. it’s not as simple as “i am whatever i want to be and everyone has to accept that” unfortunately

instantly, reading back what i just wrote, it sounds really bad. might delete. my point being that society is barely accepting of race and sexuality in 2021. we don’t have the vocabulary to describe people properly anymore which is why you get the whole “only women can be women” dinosaurs

No don’t delete. I’m not clued up on the subject but my girlfriend’s spent a lot of time reading and talking around it. Her conclusion: there’s right and wrong to both sides and whilst there are extreme outlier positions, most people just want to do by right by what they see as the majority. Nothings ever black and white is it. Twitter rage can never be expected to stop and question false dichotomies or oversimplified binaries though can it…

this. i don’t like that any debate gets shut down immediately because it’s not helpful. it must be so, so hard to feel like you’re in the wrong body let alone feeling like you don’t belong in society. we all need to improve the discussion and governments need to start thinking about how to let everyone feel safe and have a place in the world

i think the younger generations are doing a lot of this themselves. do we just have to wait for everyone over 20 to die to improve things?

Yeah these issues aren’t black and white at all, and your rationale is very normal especially if it’s the first dip into the conversation! All terfs are being transphobic but not all terfs are transphobes I would argue if you get what that means. It’s important to work out what the best solution is to ensure positive progression for all parties.

It’s just most of the most vocal terfs usually show a total disregard for trans women and transphobic comments coming out left right and centre so you can usually see through their intent and find those underlying biases.
For example, JK Rowling is the queen of virtue signalling after doing so little to promote her politics in the past.

i’ve been among the lgb community for over 2 decades and a fair few people i know really hate the way this is going. instead of focus being on people just being who they want to be its now on pigeon holing. “i am a man/woman” and “i have these personal pronouns” really forces terms and language on a society that still thinks black people are below white people.

my wife worked at a school that had a trans pupil. the parents of the trans person didn’t agree with any of it so the school had to refer to the girl by her birth name and gender. there wasn’t allowed to be any reference whatsoever to her identifying as a boy. that just seems really messed up and something that will absolutely destroy someone’s self worth

It’s just most of the most vocal terfs usually show a total disregard for trans women and transphobic comments coming out left right and centre so you can usually see through their intent and find those underlying biases.
For example, JK Rowling is the queen of virtue signalling after doing so little to promote her politics in the past.

I think there’s a lot of sensationalism from the TERF side, eg. that women are in danger of being raped by a trans woman if they share a bathroom. There’s no evidence really to support that and demonises trans people as mentally unhinged.

I understand why a lot of TERFs find this so difficult though. Many are second-wave feminists who fought extremely hard for things like anti-sex discrimination legislation. The gender landscape has shifted since then and they feel a lot of the progress they’ve made might (wrongly) be under threat.

There seems to be a disconnect between trans rights and women’s rights in these discussions and we end up ridiculous initiatives like ‘chest-feeding centres’. 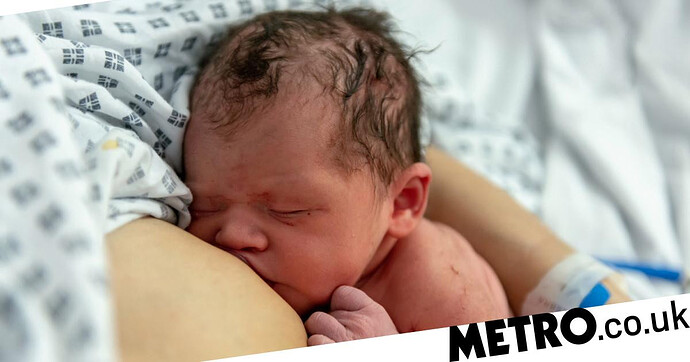 There has to be a way of being inclusive without warping language.

The only thing I agree with or have an opinion on is that any person born a man shouldn’t compete in women’s sporting events.