Best quote of the trial so far: “Arguing with her is like arguing with a pigeon.You can tell it it’s wrong but it’s still going to shit in your hair.”

Johnson broke a law multiple times. He’s the prime minister. There are many reasons that he should fuck off but this one happens to have been actually investigated by the police and deemed illegal. The head of a country shouldn’t be allowed to break any law and keep his job

No. We elect a Prime Minister not a dictator that can do whatever the fuck they like until the next election.

I think we all know that most voters are complete dickheads 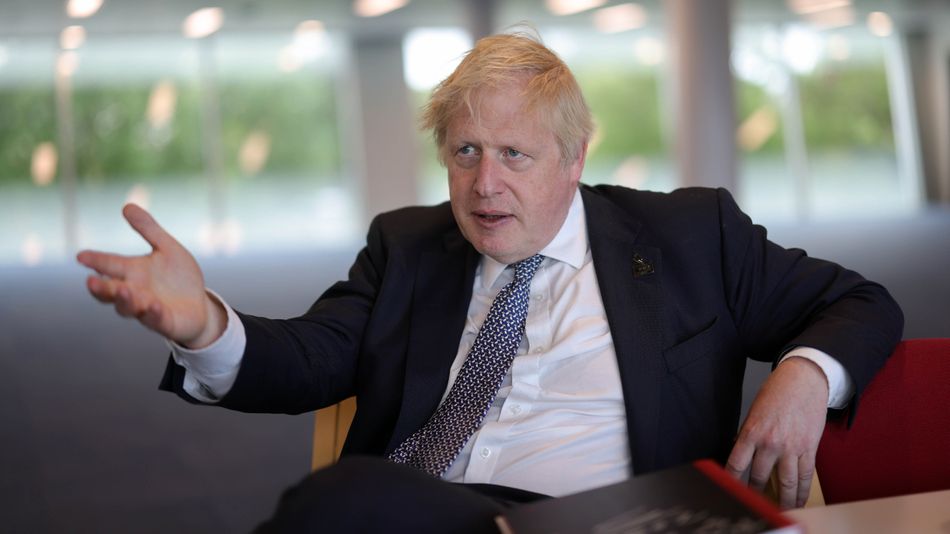 There was a caller to LBC earlier who was a retired builder. He wanted 30% of the civil service lot to be fired because in his words “they do nothing anyway”. Proper chip on his shoulder about people working from home

Fuck this divide and conquer bullshit. It works so well and must be so easy to make people angry about “them over there”

How many different Tories have tried saying this now? I’ve lost count anyway.

Daft twat. What’s he planning to do about it, exactly? People like WFH and if firms want to recruit then they need to offer it.

I genuinely don’t understand why they’re so against working from home when it clearly works so well. The whole “people won’t spend money on cities” thing is offset by “people spending money in other places”. You still have to eat when you’re at home

I actually think working from home is bad for everyone. I get that you can make environmental arguments in support of it and so on…but overall I think it’s better for people to get out of their houses.

Also…I find it amusing how crap Boris’ ‘party’ crime was compared to the Finnish PM who was out until 4am clubbing. I don’t know about anyone else but I’ve never been out until 4am without getting a bag in so that gets at least double points on the naughty prime minister scale.

I actually think working from home is bad for everyone. I get that you can make environmental arguments in support of it and so on…but overall I think it’s better for people to get out of their houses.

I disagree, back when people had to do stressful and expensive commutes they’d often just get the same train each day and then not even leave the office at lunch (I saw many eat that at their desks) so it was hardly a healthy working life in those days. Throw in the cost of living going up now and it just makes it ridiculous to go back to how it was.

I do get that’s not necessarily the case for everyone though, some people might really benefit from more social interactions through work.

I like a bit of both. More time at home is great but I like to go in and talk to people too. 2-3 days in the office is the best of both worlds

My workplace have implemented hybrid working permanently. Mon-Weds in the office, Thurs and Fri at home and I’m seeing massive benefits.

The office days are great for the necessary in person meetings and collaborative work, and to sort out TBs worth of footage between other editors, team meetings, etc.

Home days are awesome for getting my head down, but also for things like being able to take my son to preschool, taking early morning walks, lunchtime walks to visit local businesses such as the bakery and cafe. I’m able to get more sleep and spend way more time with family.

I went to a gig last night and was able to clock off at 5:30 and head straight into town, rather than the 30-45 min commute that I would have otherwise had to do. I’m loving it.

Hybrid working is one of the positive side effects of Covid. Videoconferencing technology has been around for 50 years but it took a pandemic to get companies to use it to make people’s working lives better

Hybrid working for the win. It’s been shit stuck at home for two years with no choice and no people to talk to apart from family. Had to go to a physio yesterday to sort out lower back problems from sitting at home so long hunched over a kitchen table.
But equally Alan Sugar and Bongo Johnson promoting every working day in a glass box which takes 60 mins of public transport to get to is not something anything normal would choose.
Bit rich for a builder to whinge about someone wandering about doing what they please and knocking off early because it’s sunny outside and the boss isn’t about. That’s every tradesman I’ve ever had contact with.

I find working from the office is good for chatting with colleagues but shit for actually working. I end up with quite a lot of meetings which have become far easier to arrange and shorter/more focused since they stopped being in person. So in the office I’m trying to do the same teams meetings except with background noise or if the room is really quiet feeling like I’ve got to keep my voice right down. I hate it. And for actually then doing my work I just can’t get nearly as much done there as I can at home on my own where I’ve made sure I’ve got a really good set up. It all depends on your exact job, though.

I wouldn’t apply for a new job now unless they offered hybrid working. For me, it’s made everything about having to go to work better. Less money spent on commuting, less money spent on lunch, more chances to get my head down, a nicer working environment (less days sat in a hot stuffy, loud office) and more time in the evenings.

I thinking working at home 5 days was a bit too far in hindsight, I did miss a certain amount of interaction with colleagues.

But 3 days at home, 2 days in the office is something I won’t give up.

Fully agree and it also wasn’t even a reality for a section of office workers before covid either, I worked with and witnessed a number of people who did WFH every Friday because they could get away with it. Now that’s open to anyone doing hybrid working and it’s great.