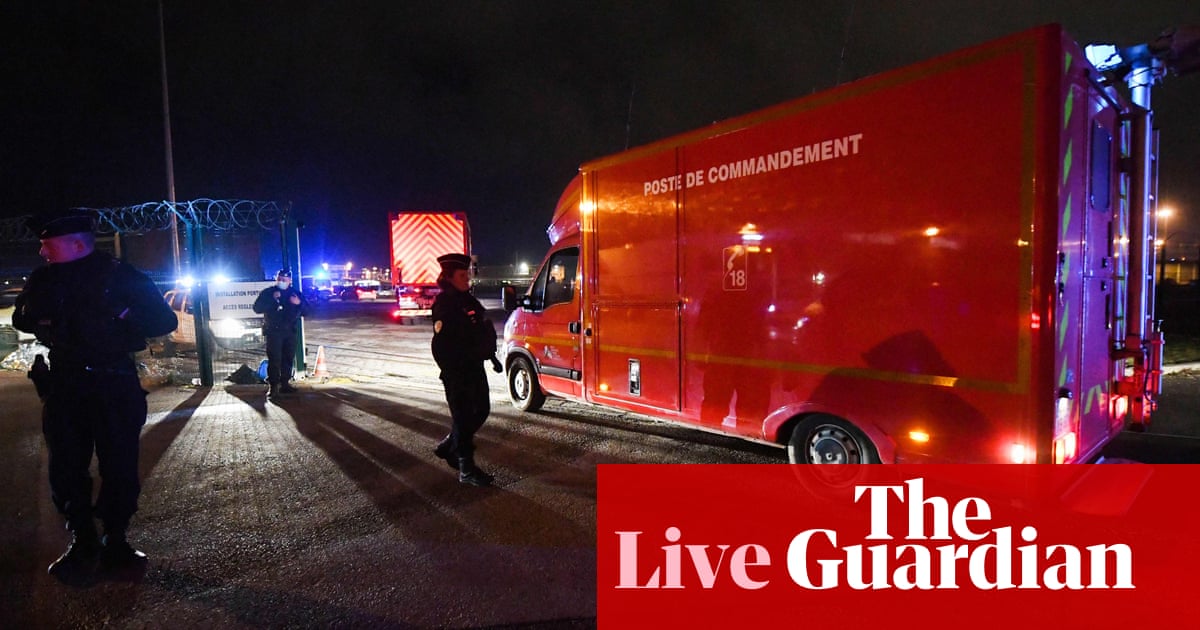 Boris Johnson ‘shocked and saddened’ after at least 30 reported dead after...

Of course he is. Let’s all remember this… 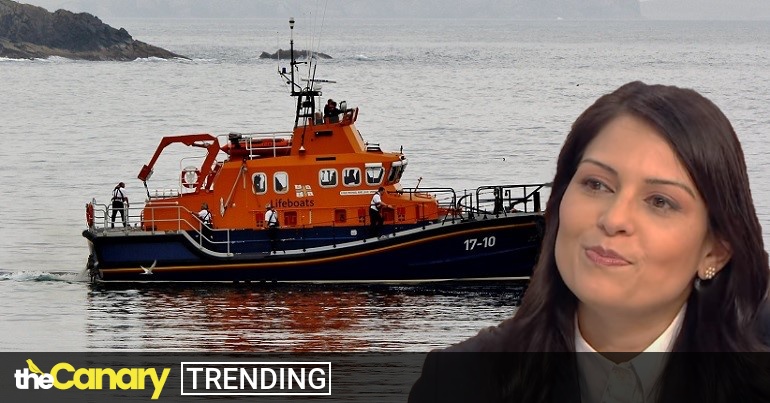 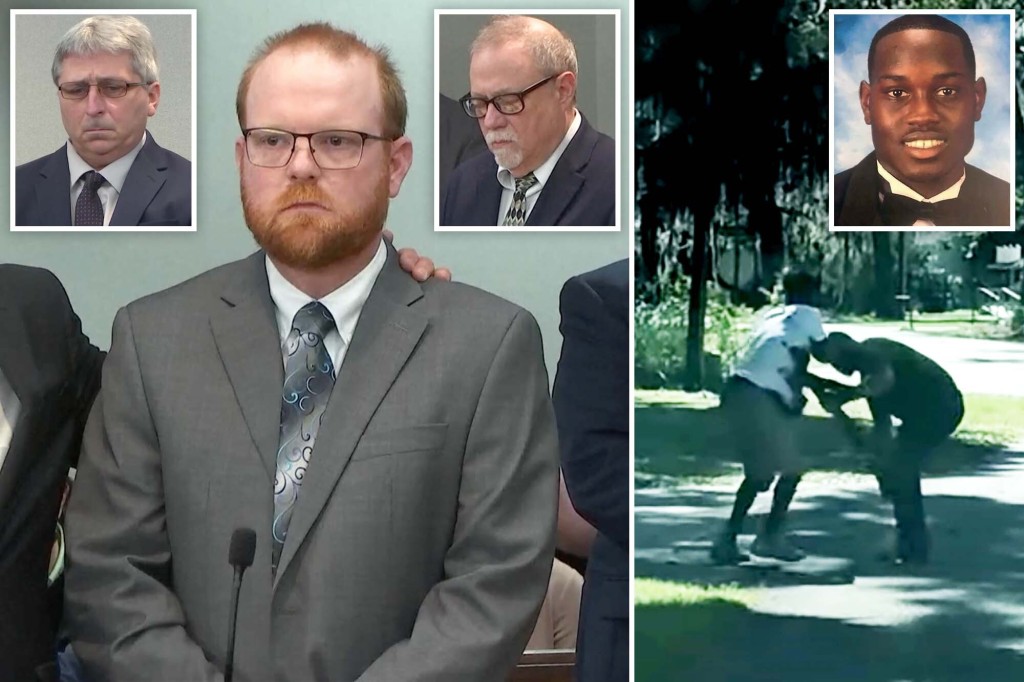 The verdict comes after 10 days of testimony in which the mostly-white jury panel was shown widely seen cellphone videos taken by Bryan of the shooting.

She is a prize Brian. That shit would never have flown though, as international maritime law would have stomped on it hard:

There is a duty pursuant to international law for a ship to attempt the rescue of persons at danger at sea. This duty is based on a long-standing and strongly felt moral obligation among seafarers. This is stated, for example, in the United Nations Convention of the Law of the Sea (UNCLOS) Article 98 the International Convention for the Safety of Life at Sea (SOLAS), Regulation V-33. All states recognize this duty.

One implication of this rule is that a state cannot legally prohibit its vessels from rescuing persons at sea: states must accept that their vessels engage in rescue operations. In the International Convention on Maritime Search and Rescue (SAR), coastal states undertake the role to coordinate the SAR in respect of persons in specified areas (Article 2.3). There is a duty to organize such services (UNCLOS Article 98 and SOLAS, Regulation V-7). There are no provisions in the SAR convention that the particular state in charge of a specific area can direct foreign vessels whether to assist or not. Within the 12 nautical miles of territorial waters, the state has general jurisdiction on other grounds (including the right to direct vessels how to assist or not to assist), but this jurisdiction does not extend to ships in passage assisting other vessels (UNCLOS Articles 17-18).

Non-assistance to refugees and migrants at sea is not a legal option. When they are rescued, this entails some obligations for the rescuer and the states having jurisdiction over the rescuer. These obligations prevent disembarkation in an unsafe port and include a responsibility for protecting human rights of the rescuees. This is essential for the protection of migrants.

In sum, there is a duty and a right to render assistance to persons in danger at sea. This duty applies regardless of whether the rescue operations are believed to have an undesired pull effect, motivating refugees and migrants to travel.

As someone who has spent a lot of time on, in and at sea, had a few personal close calls and has lost friends out there, any time a situation like the tragic events of today occur I really feel it.

Anyone who blames the rescuers, RNLI or even the refugees/ migrants themselves and wishes ill to anyone involved makes me angry and despair in equal measure. They’ve clearly never been in a life/death situation at sea, and obviously have not the experience or mental/emotional capacity to envisage just how terrifying being in that position is/ would be. Not that that should be a necessary prerequisite for feeling and exhibiting, what one would assume is, some level of normal, genuine human empathy for those affected in such a way. Let alone having entirely misunderstood and/ or dismissed the circumstances that led to those people attempting to cross the Channel in the first place.

I’m sure there will be an outpouring of absolutely infuriating bollocks from all angles in regard to this over the next few days. (Pritti Patel probably leading the charge).

Was shouting at the radio on the drive home. Some horrible racist from some anti immigrant something or other on five live.

The weirdest thing they want is for France to stop people leaving France in the first place.

I wonder how much time, money and resources they would demand of our government and police to stop people leaving our shores if it was the other way round. Oh wait…

Loads of waffle and loads of shit about process blah blah blah. Why can’t they just save 10 minutes of everyone’s time and just say I plain hate people from different races and cultures being near me.

Surely even a bitter, rancid Adolf-dick-licking excuse for a human can melt that fist-sized lump of ice they call a heart enough to even let immigrants land safely then deport them, if they can’t see a way to help them settle here? It’s the idea you can debase another human to being flotsam that really fucking bites. But if one of them stepped off the curb suddenly and got flattened by a bus as I skate past im supposed to stop and do CPR instead of doing a cheeky ollie over their cooling Brexit Nazi corpse?

This government has been pretty bad but blaming the immigrant deaths on France and putting the responsibility for containing migrants on them is next fucking level. Of course Patel has been uninvited to talks, she’s a fucking brian cant of the highest order

For me the worst thing about it is knowing that Patel’s got that feeling you get when something you got roped into that you couldn’t be fucked with gets cancelled and you’re stoked as fuck.

For me the worst thing about it is knowing that Patel’s got that feeling you get when something you got roped into that you couldn’t be fucked with gets cancelled and you’re stoked as fuck.

Oh fuck yeah this is a win for her. Be rude to some Frenchies, get uninvited etc. Her fan base (ugh) will be lapping this shit up. They’re all so utterly utterly devoid of humanity it’s unreal

Does she have a base? I’m pretty sure everyone hates or at least dislikes her, and the only reason she gets elected is just because she’s a Tory. I don’t think people really vote for personalities over here.

Boris being an obvious contradiction though.