Cheers. Zenshin, mainly based on Shotokai, but I think there’s a few other schools in the mix.

Either way, took a bit of a kicking tonight. Multiple attackers drill. Not as fast as I thought I was…

Finally got half cab nosegrind reverts last night after 4 sessions of smashing my self into miniscule, bite size pieces trying it.

Also had free pizza, too.

I’m in chezzy staying with my folks for the weekend, finally. Haven’t seen them for a couple of years. Real nice day.

Heading to chezzy skatepark tomorrow. Never been so making the trip over from Sheffield.

Iv never seen a double yolk egg before and just cracked out 3 in a row! 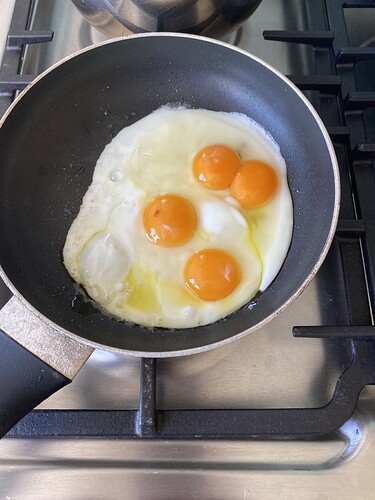 Just lost a tenner because of my undying love for Gareth Bale, evened out the day.

My Welsh housemate just had the football on.
I understand this football reference.

Stoked though, because my daughter had learnt to ride her bike today. She hasn’t shown much interest since she got it. She used it as a balance bike for a bit, but asked to go on it this afternoon and can now set off go and stop.

Zero to add to Not Stoked lately. Current happenings all putting the past year into perspective. I feel I have been insanely rewarded for being decent because you just don’t get exactly what you ask for, ever.

Today is good vibes. That is all

Iv never seen a double yolk egg before and just cracked out 3 in a row! 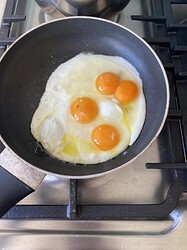 Double yolks are rare. I don’t see that many and my chickens are in good form.

One of our chickens (a Sussex called Dalida) recently laid a 96 gram egg.
For you information, according to Euro standards, a medium egg weighs 53 grams, a large one weighs 63 and an extra large one weighs 73…
That thing was pretty crazy. Looked like a dinosaur egg or something, haha.