Buttler averaging 32 in test matches after 55 matches, time to bring in Foakes. Better glove man too

Obviously not just Buttler that is to blame, they’re just a better all round side. Better pace bowlers, a world class spinner and Steve Smith and Labuschagne who are world class

Seeing Warner going for a duck again is the only pleasure left now.

Wtf was that from stokes. 4-0 then. One Jimmy Anderson wicket away from total humiliation. Great.

That’s terrible, just looked at his instagram and his story is still there paying tribute to Rod Marsh.

Wouldn’t have wanted to bowl how I did if it wasn’t for Warne and my Grandad saying how special he was and how spin bowlers were game changers.

Will be pouring out a Fosters tonight. Fuck this is so shit.

I stopped watching when they went 4 down.

Just had a look at BBC sport now

I still can’t believe Shane Warne is dead. At least he was a legend in his own time and got to shag Elizabeth Hurley. Not a bad life.

Stokes being made the new captain makes zero sense to me.

Yeah same but apart from Root there isnt one other single player with a guaranteed place in the starting 11 so they’re totally stuck for any other options.

Do you make Rory Burns captain??! Fuck no.

I just don’t think they should’ve changed at all. 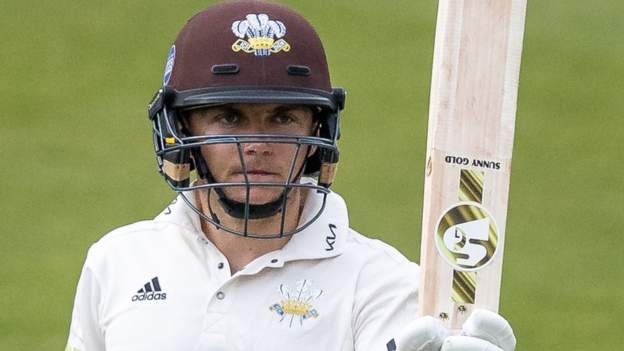 Surrey break record in piling up 671-9 at Kent

Surrey make the highest score in first-class cricket without a batter scoring a century at Kent.

You can watch the county championship games on Youtube now. Each county will most likely have a youtube channel where it’s streamed live.

I just clapped Root off on my own in my office. Eye wateringly amazing. 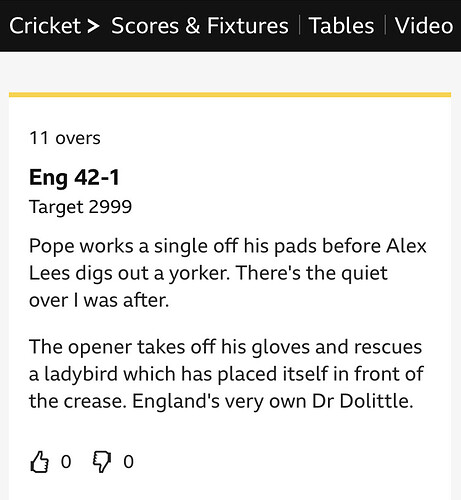 This is just bonkers.

As soon as Root went I thought England had no chance but this would be good for a one day innings from Bairstow.

This is absolutely unreal hitting in a test match. Savage.