Wow, that changes absolutely nothing in the world.

Maybe his ego is damaged and wants some confirmation that he is good at what he does. Not sure whether I see this as a sad as fuck needy grab at kudos or a sad state of professional skating and the mental state of skaters.
making a statement like that is just weird though.

Tweeting his retirement? Pffft. If he wants to stop skating and talk about it he should just sign up here like everyone else did

He will probably end up starting a podcast

I have no idea who he is

Skates for Primitive, had a part in Godspeed. The guy who is sponsored by Stock X (interestingly he made an appearance in Ishod’s recent Nike show commercial despite the Stock X deal).

@robertneal_
SIKE!!!! Y’all really believed me huh? I be joking too much. This shit don’t stop ima stay skating and putting pets out YOU IMBECILES 😂😂🤣 all jokes

Ego reignited then. No one jokes like that randomly, all jokes are based on reality.

Robert is a funny motherfucker.

Saw this, thought of here…

on Twitter: “My wife tolerates me keeping chickens as long as they are regularly laying eggs. Three of the elder girls stopped about 9 months ago but I couldn’t even think about getting rid of them. Instead they have been ‘laying’ Lidl free range eggs every day and she doesn’t have a clue.” / Twitter 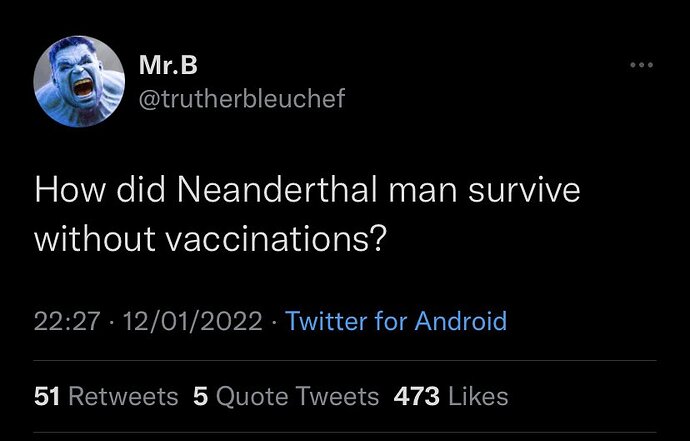 @dannywallace
I should only pay taxes for the six roads I use. twitter.com/JuliaHB1/statu…

Does anyone actually pay the licence fee? So it’s what, frozen till 2024 and then it’s going to be scrapped all together, right?

Nice try officer, not getting me that easily.

Apparently it’s going to be scrapped in five years time, I guess because they failed in their embarrassing attempt to sell Channel 4 (which involved that amazing blunder from Dorries) they’re just turning their attention on the next best thing they can mess up. 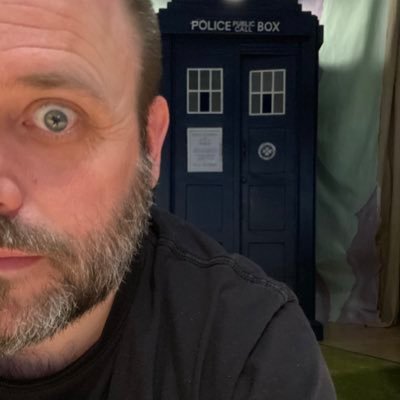 @PCarmichaelVO
@NadineDorries Hi Nadine. The BBC provides disability programming, Welsh/Gaelic language programming, provides educational resources to schools and colleges and maintains the Freeview transmitter network. How do they continue to do these things that aren’t profitable under your model?
2 Likes
markg January 17, 2022, 6:37pm #746

Getting rid of the BBC like this would just be pure vandalism and it would be gone forever. God, I hate these arseholes.

There are definitely things that could be improved but the value for money is unquestionable; all the stuff on iPlayer which is really reliable, podcasts, news, kids tv, sport, solid website etc etc. It’s not like you even need a license to use any streaming services so I’m not even sure there’s a valid case against it.

Why do these UKIP idiots hate everything that is the best of Britain? It’s so weird.

Anyone who moans about the licence fee is a goddamned moron and I’ll die on that hill. It’s not managed in the best way, but as people have said above the value for money it offers in comparison to other media services is unbelievable. Also the shite/quality ratio on the BBC is easily the best of any media service. Even the most intolerable bobbins (Elaine Paige on Radio 2, Rip Off Britain, is Doctors still on?) is better than most stuff on ITV or Channel 5, any commercial radio station or other news source.

First the Royal Mail, then the BBC, next will be the NHS.